Men get a better price on eBay than women 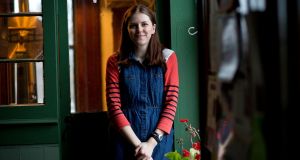 Melanie Fodera, a senior at Albion College in Michigan, who has been selling on eBay for about seven years. A study published in the journal Science analysing some 630,000 auction transactions on eBay in the US reported that, on average, when men and women with equal selling reputations sold the same products, women received lower prices than men. 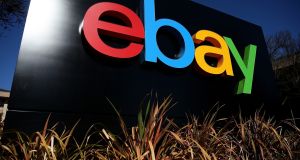 Survey of transactions on eBay in the US reported that, on average, when men and women with equal selling reputations sold the same products, women received lower prices than men.

Successful sellers on eBay know certain things matter: item description, appealing photos, strong seller ratings and, of course, price. Now, a study published last Friday in the journal Science suggested another factor might make a subtle difference: whether the seller is a man or woman. Using data supplied by the company, researchers analysed some 630,000 auction transactions on eBay in the US and reported that, on average, when men and women with equal selling reputations sold the same products, women received lower prices than men.

“The basic point? that people have different expectations of women versus men, and so we treat them very differently in the world ? it’s fascinating and depressing,” said Linda Babcock, an economics professor at Carnegie Mellon University, who was not involved in the study.

“On eBay, wow,” she added, noting eBay’s fame as a forum where anyone can sell anything. It also does not require that sellers identify their gender. “This would be kind of the best example where you would think that discrimination would be at its smallest. So we can interpret these data as a lower bound of what we can expect in other environments.”

The study did not paint a universally negative picture for women. For some items, like toys and pet products, women received somewhat higher prices than men. And women tended to have better reputations as sellers although they tended to have less selling experience.

Nor did the study, which controlled for seller reputation, experience, number of photos, use of bold lettering and other elements, indicate that buyers were consciously discriminating. “We actually think that most of it is unconscious,” said Tamar Kricheli-Katz, a professor of law and sociology at Tel Aviv University, who conducted the study with Tali Regev, an economist at IDC Herzliya. “The fact is that most of us have biases.”