Like your shiny new tech? Five things you can do to protect it 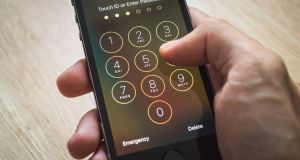 You’ve got the shiny new phone or tablet. Now what? Well, try not dropping it for a start. But accidents happen, so what can you do to make sure your tech stays in one piece?

Yes, we know. You got this phone/tablet/whatever because of its catwalk model looks, and now we’re advising you to cover all that up beneath a protective case. But look around: there are plenty of stylish cases that you can buy that don’t make your phone look like a brick from the early 2000s and still do a good job of protecting your phone - although in most cases not as robustly, admittedly. You need something that will protect your phone’s edges when you inevitably drop it, so the screen doesn’t shatter and that nice finish on your phone won’t get dinged.

And let’s face it, if it’s a choice between shelling out for a protective case and having to replace the screen on your brand new mobile phone, we know which option we would rather.

Use a screen protector

It falls into the same sphere as the protective case, but the screen protector can play an important role in keeping your phone looking good as new. Some are the more flimsy, yet effective, plastic covers that will simply protect your screen from scratches due to shoving your phone in your pocket with keys, coins and so on. Then there are the more robust ones that claim you can hit them with a hammer and they won’t crack, or act as privacy screens to stop people nosing at your phone while you’re checking email (or updating Facebook). I’m convinced part of the reason my phone has survived so long is because of one more robust screen protectors. I’ve cracked a few of those in my time.

Yes, remembering passwords is a pain. No, fingerprint readers don’t always work flawlessly (wet hands anyone?). And we agree that sometimes you really just want to open your phone and use it instead of stabbing uselessly at the screen for five minutes to unlock it. But all that considered, it is absolute madness if you don’t take advantage of the built in security features on your phone. We do everything on smartphones: work, socialise, shop, bank. And now with advent of Android Pay into Ireland, we can also use our phones to pay at tills. So put a passcode on it at the very least. And not 666666 either.

Apple has Find My iPhone, Android has Device Manager; as long as your phone has an internet connection you will be able to see its last known location, make it play a sound so you can find it, lock it if you need to and remotely wipe it as a last resort. It’s a handy tool to have at your disposal when you’re trying to figure out exactly where you left your smartphone the night before, or if you manage to drop it somewhere while out and about. This means enabling location services on the device, which not everyone is comfortable with, but you can block other apps from using your location on a case by case basis.

There is little point in installing antivirus or anti-malware software on your Android device if you aren’t paying attention to the other apps that you are downloading. Most of us have taken a risk or two and gone looking outside the official Play Store for software, disabling the security feature that prevents installation of apps from unknown sources, and blithely skipped through the warnings. Malware is often installed by stealth on devices, but it often requires users to install an app themselves, perhaps something that looks innocent but has a few nasty tricks hidden away. That being said, just because software is in the official app store, it doesn’t mean it’s guaranteed to be malware free, although apps that are found to be harbouring something sinister are removed. Just be aware of what you’re downloading, and remember if something seems too good to be true, it usually is.

You can do all that though and still get caught out, because of some flaw within the software. Remember Stagefright? That could be exploited through messaging. So with that in mind, it’s also worth keeping up to date with software updates for your phone. Now we’re not advocating installing every update as it becomes available - there have been plenty of incidences where it proves it’s a good idea to wait a few days to see if problems with the update emerge. But if there is any sort of urgent security update, we’d roll the dice and take our chances with the patched software.