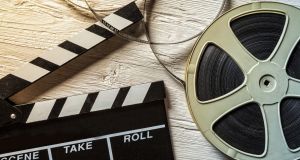 Berlin-based W2 Filmproduktion Vertriebs GmbH has sued producers Morgan O’Sullivan and James Flynn, claiming it has lost estimated revenues of €25 million in relation to activities of Irish-registered Octagon Films Ltd in which W2 owns 49 per cent of the shares.

The Commercial Court has refused to fast track a German film company’s case alleging two well-known Irish film producers have diverted funds out of a film production company to either themselves personally or corporate entities controlled by them.

Berlin-based W2 Filmproduktion Vertriebs GmbH has sued producers Morgan O’Sullivan and James Flynn, claiming it has lost estimated revenues of €25 million in relation to activities of Irish-registered Octagon Films Ltd in which W2 owns 49 per cent of the shares. It is seeking damages for alleged breach of contract, breach of duty and breach of fiduciary duty.

The defendants reject W2’s “unfounded allegations” against them, which they say are are “an affront” to their good characters.

W2’s application on Monday to have the case admitted to the fast track Commercial Court was opposed by the defendants on grounds alleging W2 delayed in bringing the action.

Paul Gardiner SC, for W2, disputed the claims of delay and said this was clearly a commercial action concerning “a suite of contracts and their meaning”.

The defendants were party to a shareholders agreement on foot of which they caused Octagon to suffer loss and there was no culpable delay by his side which had sought information over some time but got that “piecemeal”, counsel said.

W2 needed all that material before finalising its statement of claim and the fact they ultimately got the information showed they were entitled to it, he said.

Lyndon MacCann SC, for the defendants, argued W2 had had sufficient information to allow it bring the case earlier and its delay doing so meant it was not entitled to the benefit of fast-track procedures. It was also argued W2 should have sought permission to bring a derivative action but failed to do so and its case was bound to fail.

Mr Justice Brian McGovern on Monday found, on foot of material including correspondence between the sides dating back to July 2015, there was such delay as to disentitle W2 to have the case fast-tracked. The matter will now proceed through the regular court lists.

W2, which invests in international film productions, claims it acquired shares under a shareholders agreement in Octagon in 2002 so as to join a successful start up company. It claims the defendants have breached that agreement causing loss of revenue to Octagon of some €50 million, with a consequential loss to W2 of €25 million.

Among various claims, it alleges the defendants, while using the Octogon name, have diverted funds, profit and income to themselves personally or corporate entities controlled by them.

Mr O’Sullivan described the allegations against the defendants as “spurious” and said those were “rejected in their entirety.”

In a sworn statement, Mr O ‘Sullivan said W2’s proceedings are based on an “entirely unsubstantiated claim” that preexisting businesses the defendants were involved with were to be subsumed into Octagon following the shareholders agreement in 2002.

Mr O’Sullivan said W2 knew for 14 years of the continued involvement of the defendants with other companies in other projects but never raised any objection or concern. W2 was offered or given any information relating to Octagon that it was entitled to, he added.

1 We are ‘sale agreed’, but can we go back with a lower offer?
2 Working from home: New costs, new stresses and little relief
3 Eason to lay off 150 staff as it prepares for June reopening
4 Joint accounts: if one of us dies, can the other access the money?
5 HSBC board rethinks overhaul and seeks even deeper cuts
Real news has value SUBSCRIBE