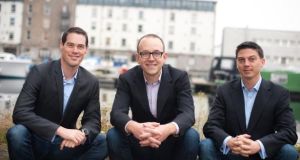 Irish travel tech firm Boxever is looking to raise a further €6 million in private equity to bring total funding to date to more than €20 million.

Polaris Partners and Frontline Ventures, who have backed the company in its two previous funding rounds, are believed to have committed approximately €1.5 million for this follow-on investment.

The company is a Dublin-based big data and personalization platform for airlines and travel operators. The company, which announced 100 jobs after the last fundraising round, was founded in 2011 by Dave O’Flanagan, Alan Giles and Dermot O’Connor.

Boxever’s Customer Intelligence Cloud is relied on by leading airlines and travel companies to accelerate digital transformation by putting the customer at the centre of every decision.

The company has a number of well-known blue chip customers including Aer Lingus, Air New Zealand, Emirates and Alitalia.

Cantor Fitzgerald is leading the funding round, with Boxever saying the additional finance will be used to support the company’s growth strategy