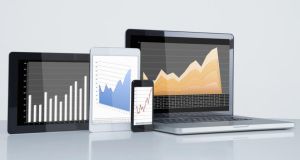 Kyckr, a fintech start-up founded by Irishman Rob Leslie, has raised about AUS$5 million (€3.4 million) after listing on the Australian Securities Exchange (ASX) in Sydney.

The compliance company has also acquired Global Business Register (GBR), which is based in the ArcLabs innovation centre in the Waterford Institute of Technology.

Financial details of the deal were not disclosed.

GBR was founded in 2007 by Mr Leslie and Ben Cronin, a former Irish international rugby player.

Although Kyckr has listed on the ASX, Mr Leslie said Ireland would continue to be the global IP tech hub with the rest of the world supplying business development support.

Mr Leslie is also a founder of Sedicii, a Waterford-based company that was last year named as one of the World’s Economic Forum’s most promising technology pioneers, joining a list of past recipients that includes Google, Wikipedia, Mozilla, Kickstarter and Dropbox.

The company is the the second Irish business to float on the ASX, after Oneview Healthcare in March.

1 US authorities scrutinise Zoom’s practices as app sees traffic surge
2 How to budget your way through financial realities of Covid-19
3 Medtronic shares ventilator design publicly to increase production
4 Irish economy to suffer mildest shock to output from Covid-19, OECD says
5 Restaurateurs seeking deals on rent with many payments due this week
Real news has value SUBSCRIBE