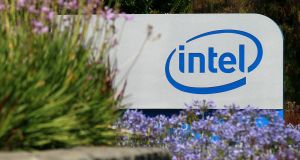 Victory for Intel would encourage others “to switch to a fighter mode”. Photograph: Justin Sullivan/Getty Images

Intel Corp’s eight-year clash with the European Union over chip pricing has dragged on so long that the €1.06 billion antitrust fine, a record at the time, now seems like a distant memory. But Wednesday’s ruling in the case at the EU Court of Justice could be a blast from the past if it ends the European Commission’s decades-long winning streak in cases about monopolies.

Victory for Intel would encourage others “to switch to a fighter mode” said Georg Berrisch, a lawyer for Baker Botts LLP in Brussels. Rather than agree to settle cases with the EU’s antitrust enforcers, they would be more likely to head to court to appeal any fines, he said.

The Brussels-based commission hasn’t lost a big antitrust case in court in more than 20 years. Knowing that and facing likely defeat, most companies being investigated for monopoly abuse tend to cave in. They agree to a binding deal to change their behaviour, shutting down the EU investigation early to avoid fines or get a reduced penalty.

“This may be the case to disturb that trend,” said Pat Treacy, a competition lawyer specialising in intellectual property and technology at Bristows LLP in London. Qualcomm, Google Qualcomm Inc could be the most directly affected by the ruling.

The EU is investigating whether the company unfairly paid Apple Inc to only use Qualcomm chipsets in its products. Google, under investigation for inducing phone makers to use its Android software, will also be watching closely. Intel continued its battle against the commission’s 2009 penalty for using discounts to push out Advanced Micro Devices Inc, and a decision by the EU’s second highest court to back the regulator.

Giving hope to the chipmaker, Nils Wahl, an adviser at the bloc’s top tribunal, in October said the earlier ruling mistakenly dismissed the need for regulators to prove that Intel’s payments to manufacturers – or rebates – for buying its chips were illegal.

Intel is one of the longest-running cases in the commission’s history and one of the few to reach the EU’s top court. It’s been closely watched “because it deals with one of the most common and commercially relevant issues, rebates” and deals with “one of the current hot-topics in competition law” about the level of proof needed with infringements, said Treacy.

The EU’s investigation found that Intel impeded competition by giving rebates to computer makers from 2002 until 2005 on the condition that they buy at least 95 per cent of chips for PCs from Intel. It said Intel imposed “restrictive conditions” for the remaining 5 per cent, supplied by AMD, which struggled to overcome Intel’s hold on the market for processors that run PCs.

The computer makers coaxed to not use AMD’s chips included Acer Inc, Dell Inc, Hewlett-Packard Co, Lenovo Group Ltd and NEC Corp, the commission said in 2009. The EU also said Intel made payments to electronics retailer Media Markt on the condition that it only sell Intel-based PCs.

It ordered Intel to stop using illegal rebates to thwart competitors, an instruction that Intel complained was unclear. The company settled an antitrust case with the US Federal Trade Commission in 2010 and agreed not to give PC makers discounts or other inducements in exchange for promises they will buy chips exclusively from Intel.

Intel’s antitrust fine was the EU’s biggest at the time, more than double the €497 million penalty against Microsoft Corp in 2004. It represented about 4 per cent of Intel’s $37.6 billion in sales in 2008, below the maximum penalty of 10 percent of yearly sales regulators can impose. The record stood until June, when the EU slapped Google with a €2.4 billion penalty for skewing results to thwart smaller shopping search services.