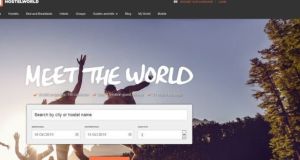 The company, which floated in November, said its Luxembourg-based fomrer parent Hellman and Friedman, and members of the Duffy Family, sold 23.5 million shares in Hostelword at a price of 260 pence per share. This is equivalent to 24.6 per cent of the group’s issued share capital

Following completion of the placing, the sellers will no longer be shareholders in the group.

Hostelworld, which last week announced its first set of financial results as a public company, raised €180 million when it listed on the Irish and London stock exchanges in November. At that stage H&F, who had purchased the company in 2009, had a shareholding of 19.8 per cent, indicating that they were the main benificaries of the latest sale.

The Duffy famuily acquired shares in 2013, when their company, Hostel Bookers.com was bought by Hostleworld’s parent.

The group said on Tuesday last that sales rose 5 per cent last year to €83.5 million, while profits before tax increased 4.5 per cent to €80.5 million.

Hostelworld was founded by businessman Ray Nolan who sold the business to Hellman and Friedman in 2009 for €202.5 million, in a deal which netted Mr Nolan €100 million.

The company, which also operates the Hostelbookers and Hostels. com brands, specialises in offering online booking services and maintains a database with more than 12,600 hostels in 170 countries.