Government files supporting brief for Microsoft in US case 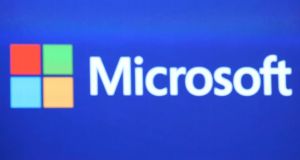 Microsoft is appealing a court order to hand over emails held on an Irish server. Photograph: Justin Sullivan/Getty Images

In a rare legal move, the Irish Government contributed a supporting legal brief in a significant US case, in which Microsoft is appealing a court order to hand over emails held on an Irish server.

Amicus curiae or “friend of the court” standing allows a party to offer perspective and a position on a case in which it is not directly involved. It is extremely rare for a national government to become an amicus to an international case.

In the amicus briefing, the Government argues: “Ireland has a genuine and legitimate interest in potential infringements by other states of its sovereign rights with respect to its jurisdiction over its territory.”

It adds: “Ireland respectfully asserts that foreign courts are obliged to respect Irish sovereignty (and that of all other sovereign states) whether or not Ireland is a party or intervener in the proceedings before them.”

The State also argues that Ireland is already a party, along with the US, to an existing mutual legal assistance treaty (MLAT) – agreed between states to allow for assistance in legal cases or law enforcement investigations – that would enable the court to obtain the emails. “Ireland would be pleased to consider, as expeditiously as possible, a request under the treaty, should one be made,” the briefing states.

Finally, the briefing suggests that the court may be interested in a recent Irish case, Walsh v National Irish Bank [2013], in which the Irish Supreme Court ruled that the Irish State could seek data held in the branch of an Irish company operating in another state – in this case, the Isle of Man – but only in special circumstances.

In particular, this would be allowable in a case where the branch had no separate corporate identity in the foreign location, and on consideration of whether an order “would violate the law of the foreign sovereign”.

In a statement, Dara Murphy TD, Minister for Data Protection at the Department of the Taoiseach and the Department of Justice and Equality, confirmed the filing. “The right of individuals to the protection of their personal data is an essential foundation for modern society and the growing digital economy. We must ensure that individuals and organisations can have confidence in the rules and processes that have been put in place to safeguard privacy,” he said.

He noted that there are “important principles of public policy at play” and that the Government agreed to submit an amicus curiae brief to the US court “that focuses on the principles involved in this case and that points to the existing process for mutual legal assistance in criminal matters” which remain the “preferred avenue for such cooperation, including for the transfer of data”.

The original case stems from a New York court warrant for a drug trafficking investigation in 2013 in which Microsoft was told to turn over the contents of an msn.com email account. The emails are held in servers at Microsoft’s Irish data centre.

Microsoft refused to surrender the emails, stating its belief that the court needed to use existing international legal agreements between Ireland and the US and their law enforcement agencies to obtain the emails.

In a case now before the US Court of Appeals for the Second Circuit in New York, Microsoft claims the request made directly to the company goes beyond the legal power of the US government and would constitute an international data seizure.

Because of its stance, Microsoft currently stands in breach of the court in a case which has drawn international attention due to its potential implications for data privacy, and for businesses and the future of cloud computing and internet commerce.

Microsoft Ireland managing director Cathriona Hallahan said: We welcome the Government’s decision to engage formally in the process by filing an amicus brief.”

1 How safe is it to go back to the office?
2 Elderly parents living in property you own will save you on capital gains tax
3 Owner of Dundrum Town Centre to sell prized assets
4 Construction workers among first PTSB borrowers off payment breaks
5 More than 40% of help-to-buy recipients already had deposit
Real news has value SUBSCRIBE