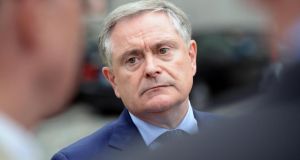 Minister for Public Expenditure and Reform Brendan Howlin: his department said it was cancelling the project because the economic and technical requirements for it had “fundamentally changed”. Photograph: Eric Luke

The Government has cancelled a major technology project that would have allowed it to buy cloud computing services in a way that reduced complexity in the procurement process and potentially cut IT costs.

Almost two years in gestation, the Government Cloud Services Catalogue (GCSC) project was intended as a pre-approved list of IT suppliers and pricing models for services such as email, IT security, HR and payroll and records management.

The project garnered high levels of interest from across the Irish IT industry.

However, in a letter issued to suppliers dated March 16th, the Department of Public Expenditure and Reform said it was cancelling the project because the economic and technical requirements for it had “fundamentally changed”.

More than 100 IT companies bid to be included in the GCSC since it was proposed in 2013. Many collaborated closely and dedicated considerable resources to meet the terms of the tender, which underwent revisions during that time.

Former Government chief information officer Bill McCluggage said he was disappointed with the cancellation and the time lost as a result. He said he supported the work of successor Mike McGrath and the new public sector IT strategy, but did not see how the GCSC was incompatible with it.

1 More than 40% of help-to-buy recipients already had deposit
2 How safe is it to go back to the office?
3 Most workers now expect choice to work from home part-time
4 56 financial firms entered or expanded Irish operations in 2020
5 Owner of Dundrum Town Centre to sell prized assets
Real news has value SUBSCRIBE