First Derivatives to sell majority of stake in Quantile for £11m 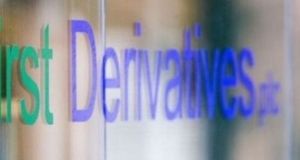 First Derivatives said the investment occurred as part of its strategy of “assisting companies that were adopting KX in new and innovative ways”.

Newry-headquartered technology company First Derivatives has agreed to sell the majority of its investment in Quantile Technologies to Spectrum Equity for £11 million (€12.7m).

The deal represents a total gain of £10 million on the initial cost of the investment and a £7 million gain on the current carrying value, the company said. Following the transaction, First Derivatives will retain a minority stake in Quantile.

First Derivatives said the investment occurred as part of its strategy of “assisting companies that were adopting KX in new and innovative ways”.

The investment in Quantile represented First Derivatives’ largest investment of this type, accounting for £10 million of a total of £16 million of other financial assets on the group’s consolidated balance sheet as at February 28th, 2020.

In the year to December 2019, Quantile reported net profit of £700,000, although its performance was not consolidated as First Derivatives’ holding was below 20 per cent.

The consideration has been received and the proceeds will be used for general working capital purposes, First Derivatives added.