Facebook to lift ban on political advertising in US 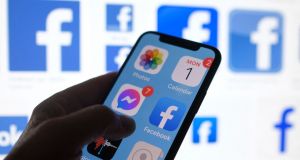 Facebook said Wednesday that it planned to lift its ban on political advertising across its network in the US, resuming a form of digital promotion that has been criticised for spreading misinformation, falsehoods and inflaming voters.

The social network said it would allow advertisers to buy new ads about “social issues, elections or politics” beginning Thursday, according to a copy of an email sent to political advertisers and viewed by The New York Times. Those advertisers must complete a series of identity checks before being authorised to place the ads, the company said.

“We put this temporary ban in place after the November 2020 election to avoid confusion or abuse following Election Day,” Facebook said in a blog post. “We’ve heard a lot of feedback about this and learned more about political and electoral ads during this election cycle. As a result, we plan to use the coming months to take a closer look at how these ads work on our service to see where further changes may be merited.”

Mark Zuckerberg, Facebook’s CEO, has said he wished to maintain a largely hands-off stance toward speech on the site unless it posed an immediate harm to the public or individuals. Former US president Donald Trump used Facebook’s political ads to amplify claims about an “invasion” on the Mexican border in 2019, among other incidents. Facebook banned political ads late last year as a way to choke off misinformation and threats of violence around the November presidential election.

In January, Facebook banned Mr Trump from using his account and posting on the platform after he took to social media to delegitimise the election results and incited a violent uprising among his supporters, who stormed the US Capitol. Facebook said Mr Trump’s suspension was “indefinite.” The decision is under review by the Facebook Oversight Board, a third-party entity created by the company and composed of journalists, academics and others that adjudicates some of the company’s thorny content policy enforcement decisions. A decision is expected within the next few months.

On Thursday, political advertisers on Facebook will be able to submit new ads or turn on existing political ads that have already been approved, the company said. Each ad will appear with a small disclaimer. – New York Times