Social network started in Ireland with 30 people in October 2008, will soon employ 1,500 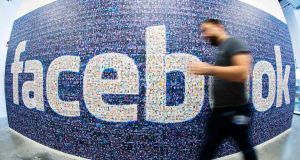 Facebook has confirmed plans to create an additional 200 jobs in Dublin by the end of the year, bringing its total workforce to 1,500 in Ireland.

The news comes as the company announced a new partner centre in Ireland, the first of its kind outside of its headquarters at Menlo Park in California. The centre will enable businesses to come and explore Facebook’s current apps and services, including the Oculus virtual reality headset.

“Since that time we’ve committed to investing and growing our presence here in Ireland,” said Facebook Ireland’s managing director Gareth Lambe. “It’s the growth over that time that’s impressive. It was a landing team of 30 employees six years ago; it will be 1500 by the end of the year.”

The social network currently employs 1,300 people locally with over 68 nationalities represented across the 50 teams in the Irish arm of the business. The jobs will be divided across the different teams in the Dublin office, including sales, community operations, infrastructure and engineering.

As many as 83 per cent of Facebook ’s users are serviced and managed out of the social network’s international headquarters in the capital.

The Minister for Jobs Richard Bruton welcomed the new jobs.

“The fact that Facebook chose Ireland to be their European headquarters has been a huge feather in our cap,” he said. “It also means Ireland is recognised as a place where companies that are as ambitious as Facebook is can do business, can grow extremely rapidly.

“That has been a huge injection into our own self confidence as a start up community.”

He said it was important for Ireland to position itself to support Facebook’s ambitions, looking education and other elements.

Facebook moved into a substantial new building beside the Bord Gáis Energy Theatre in 2014, with capacity for 1,000 employees. Since then it has taken on additional space next door, at 5 Grand Canal Square, with enough capacity to bring employee numbers to 2,000.

“Obviously if the company continues to grow - and by that I mean our business and our user base, engagement and other apps and services - I see no reason why in the future we wouldn’t expand to the complete capacity of the building,” said Mr Lambe. “ Business needs will dictate that over the next couple of years.”

However, the company has no plans as yet to expand its city centre offices further. It will be looking to other areas of growth though. In January, Facebook confirmed plans to proceed with the construction of a new data centre in Co Meath. The €200 million centre, which is planned for a site in Clonee, is due to start construction in the next couple of months and will come online by early 2018 at the latest. It could employ more than 200 people when it is up to full capacity.

The company intends to build an initial 31,000sq. m. facility on the site, with planning permission for a second building also granted. This will be the second data centre the company has built outside the US; the first was Lulea in Sweden, which opened in 2013.

Facebook also announced earlier this motnh that it would begin paying more tax in the UK, with plans to bill large customers there through its Facebook UK offices instead if through Ireland. However, Mr Lambe said he did not think there would be a significant impact on the irish business.

1 Bank leaked my loan request to family who tried to rip me off
2 Solar panels: How do they work - and are they worth it?
3 Over $12m from sale of Walford handed over in Sean Dunne bankruptcy case
4 Mastercard to create 1,200 new jobs by expanding base in Dublin
5 Ten of the most mysterious aircraft disappearances
Real news has value SUBSCRIBE