EU calls for common position on tax for digital economy 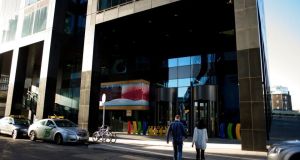 European Union member states should adopt a common position on corporation tax in the current debate on changing global tax rules, according to a high level European Commission report on the digital economy.

The report says that the OECD’s Base Erosion and Profit Shifting project (Beps), which is examining how to combat aggressive tax avoidance by multinationals, will be fundamental to addressing the issue of levying corporation tax in the digital economy.

The digital economy does not require a separate tax regime, but current rules may have to be adapted to respond to the digitalisation of the general economy, according to the Report of the Commission Expert Group on Taxation of the Digital Economy, released today.

The report comes a day after the Department of Finance announced that it is holding a public consultation process on Beps, aimed at seeking ideas on how Ireland can enhance its competitiveness and protect its reputation in a post-Beps environment.

The Beps project aims to ensure taxation rights are better aligned with real economic activity, an objective which “presents potential opportunities for Ireland as a hub for the centralisation of international business operations,” according to the department.

The consultation process runs to July 22nd, and tax policy issues that arise will feed into Minister for Finance Michael Noonan’s considerations for Budget 2015.

Yesterday senior tax adviser Feargal O’Rourke, of PwC, suggested that Ireland would have to change its rules on corporate residency and that it would be best if it did so in a pro-active way rather than waiting until “realpolitik” made it impossible to resist.

Ireland’s corporate residency rules have come in for significant criticism because of the role they play in the global tax structures of digital corporations such as Google, Microsoft, Apple and Facebook.

The commission report said digitalisation greatly facilitates cross-border business and that removing barriers to the single market, including tax barriers, was more important than ever.

“Tax barriers for small and medium-sized enterprises operating in the single market should be removed,” it said.

It commended the upcoming move to a “destination-based VAT system” for digital services and recommends that this be extended to all goods and services, in business to consumer transactions, in the future.

In relation to the Beps process, it recommends that priority should be given to three areas: countering harmful tax practices; reviewing transfer pricing rules; and restoring taxable nexus connections. The latter has to do with how it is decided that a particular business has a “taxable presence” in a particular economy.

The report said the digitalisation of the economy may have changed the distinction between auxiliary activities and core activities. It also said it support the Beps work looking at whether and under what circumstances sales of goods or services of a company in a multinational group should be treated as effectively concluded by dependent agents.

This is an issue that arose in debates in the UK where politicians queried sales by Google in the UK being booked in Dublin when the company had signficant support services operating in the UK.

The report said that the EU member states should adopt the simplest and most effective solutions arrived at by Beps to these types of problems, bearing in mind that the project might agree a number of options.

The OECD Beps project is being conducted at the request of the G20 and is to produce a number of recommendations later this year, for the consideration of G20 finances ministers, to be followed by a second set of additional recommendations late next year.