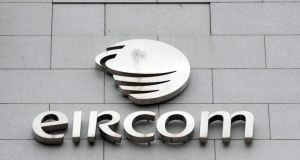 Management at Eircom, Ireland’s biggest telecoms group, is planning to rebrand the company, some 16 years after it took on its current name.

The company is expected to give some details of its intentions when it publishes its fourth quarter and full-year results on Tuesday, although it is not expected to reveal its new identity.

Eircom isn’t the only technology/telecoms group in Ireland looking at such a move. UPC Ireland announced yesterday it would use the Virgin Media brand as a “platform for further growth and enhanced delivery of great customer experiences”.

According to sources, Eircom has established a team to look at rebranding the group, which includes mobile-phone operators Meteor and e-Mobile. The company is believed to be at the midpoint in terms of its preparations to rebrand.

The group was known as Telecom Éireann until September 1999, when it changed its name to Eircom. This followed its stock market IPO in August of that year by the State.

Eircom has been through the mill, with six changes of ownership over the 16 years. It was also the subject of the country’s biggest corporate examinership in 2012, having accumulated gross debts of €4 billion.

Having restructured its operations significantly in the past few years, Eircom is now deemed to be on a sounder footing financially. It is investing €400 million in the rollout of high-speed fibre across the country, allowing it to offer faster broadband speeds and next-generation media services to about 1.9 million customers.

However, the current brand is deemed to be in need of a refresh to reflect a new air of confidence at the company and the evolving nature of its services. Experts suggest brands typically have a 15- to 20-year lifespan, particularly in fast-evolving sectors like telecoms.

No comment was available from Eircom yesterday on its branding plans.

UPC is owned by Colorado-based Liberty Global, which acquired the Virgin Media group in the UK, in 2013. UPC Ireland became part of Liberty’s UK subsidiary in December 2014, and the plan is to use the Virgin name in both markets.

Commenting on the decision to rebrand in Ireland Virgin Media chief executive Tom Mockridge said: “Everyone at Liberty Global is immensely proud of what the team at UPC Ireland has achieved, particularly the significant growth the business has delivered. Now, it’s time for a step-change. We have some exciting plans in the pipeline to boost competition for consumers, which we will announce in due course.”

Richard Branson, founder of the Virgin Group, said he was “delighted” to bring the Virgin brand to Ireland. Mr Branson retains control of the Virgin name in spite of having sold the UK business to Liberty Global.

“Building on the strong platform in Ireland, I know we will do great things together with Liberty Global and shake up the Irish market even further,” Mr Branson said.

UPC said all of its operations, products and services would move to the new Virgin Media brand in “due course”.