Dubliner John O’Farrell is turning things around in Silicon Valley 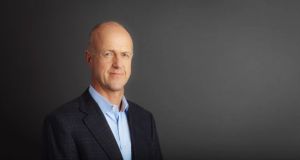 The big venture capital firms of Silicon Valley have been cultivating disruption for decades, but in the past few years, they in turn have been disrupted by a new entrant with an innovative approach to spotting talent and investing in potential.

Mainly clustered along Sand Hill Road in Menlo Park, an unassuming mile-long stretch of offices leading west of Stanford University, the dominant VC firms such as Kleiner Perkins Caufield & Byers, Institutional Venture Partners and Mayfield were in many ways the gatekeepers of Silicon Valley success.

But since its foundation in 2009, Andreessen Horowitz has swiftly challenged the incumbents by redefining what it is to be a venture capital firm, with notable investments at various stages in firms such as Facebook, Twitter, Airbnb, Skype and Github. Founders Marc Andreessen and Ben Horowitz forged their reputations with Netscape in the 1990s, with Andreessen in particular one of the key figures in the development of the worldwide web as it went mainstream.

When they decided to focus that entrepreneurial spirit on the business of venture capital itself, they soon called on a trusted former colleague to join them in the challenge. And thus Dublin native John O’Farrell became the first non-founding partner in 2010, quietly rising to become one of Ireland’s most senior figures in the technology world.

“When Ben and Marc set out to found the firm, they realised that venture capital is really a cartel,” says O’Farrell in his large corner office. “The firms along this road, it’s a small set of names – they’re very famous names, most of them have been around for 20, 30, 40 years. And it was very hard for a new VC firm to break in to that cartel and get access to the best entrepreneurs, the best investment opportunities, from nowhere. So we set out to build a firm that would be extremely attractive to entrepreneurs.

And so Andreessen Horowitz, or A16Z as it’s usually abbreviated to, set about changing the traditional approach of the big VC firms.

“The model we put together over the years is designed to deliver much more value than just capital, because capital is undifferentiated,” says O’Farrell. “Our experience as entrepreneurs, which we had all done many times in our careers, was that when you go to any VC firm, they pitch you the firm, but you get the partner, who is one person. And the firm might be great and the partner may be great, but he or she has limited time. . .

“So we said, there’s no reason why all that has to sit in one person, the general partner – there are people who are really good at that, probably better than the investing partner.

“So we said okay, let’s find the best people in this immediate area, Silicon Valley, at those things, and we’ll make a firm that has these different, very high value-added functions, and we’ll make that available to the entrepreneur as well.”

Like much of Silicon Valley, the A16Z offices are an exercise in high-spec understatement – the lobby doubles as a library, modern art lines the walls, large sculptures occupy the empty floor spaces. The offices include an executive briefing centre in which visiting executive teams from large companies as diverse as Disney, Nestlé or Vodafone get to meet the firm’s portfolio of investments, with a series of introductions matching the companies’ needs to the solutions offered by the start-ups.

It is this comprehensive, full-stack approach that sees A16Z often described as a talent agency for technologists, shifting the focus from investing in the idea to investing in the founder.

“The entrepreneurs we invest in are technologists,” says O’Farrell. “We like technology founders, we bet that we can help them become great CEOs.”

O’Farrell is lean and precise, in person as well as in conversation, displaying an impressive command of detail as well as the bigger picture. His background has spanned Europe and the US. Born and raised in Stillorgan, O’Farrell studied engineering at UCD, then worked in Germany and Luxembourg for Siemens and Digital Equipment, before working with the European Commission for a few years.

“I wanted to get a sense for how business was done in the States, so came out here to business school, went to Stanford, and met my wife here,” he explains. At that point, he returned to Ireland to work with Telecom Eireann, helping them diversify their business before privatisation.

After three years, O’Farrell returned to the US to oversee acquisitions and strategy with a Denver-based telecom called US West.

“This was the mid-1990s, broadband was just beginning to emerge as a phenomenon, and with it the realisation that cable TV networks could be used to deliver two-way services,” he says. “From there I got back to Silicon Valley in 1997, just as the internet was really taking off.”

The timing was propitious, although the challenges he faced in his next venture, running international business for @HomeNetwork, ran the spectrum of the Dotcom experience. “It was a classic high-flying Silicon Valley start-up, which went public in ’97, traded up to a value of $30 billion during the dotcom boom, and then went bankrupt.”

The experience gained, however, led him to join Netscape pioneers Marc Andreessen and Ben Horowitz at their company at the time, known as Loudcloud, in many ways the original cloud-computing company. “It nearly went out of business, but we managed to pull a few rabbits out of the hat and turned it into a software company called Opsware, which we built up and sold to HP in 2007 for $1.6 billion.”

A few years after overseeing that sale, Andreessen and Horowitz came calling again as A16Z began to grow fast, making O’Farrell the first non-founding partner. He is currently on the boards of seven companies, including business collaboration platform Slack, agriculture software and analytics firm Granular and the ingenious internet service IFTTT.

“I’m working very closely with the CEOs of the companies, who are usually the founders still. I’ll be spending an hour or two a week with each of my founders, on things that are very important to them. It might be problems they’re having with the team, it might be trying to hire somebody or interviewing people. There are situations where they want to go international, they want to make an acquisition, or somebody is coming to them to try to buy them.”

O’Farrell describes himself as a citizen of the world, as is only fitting for someone who occupies such a prime position at the heart of Silicon Valley, that most globalised of industrial hubs, but he travels regularly to Ireland and is well-acquainted with the technology scene here. From his perspective, he can see the shifting attitudes to FDI in Ireland.

“The boardrooms I’m in, anytime there’s a discussion of setting up internationally, almost always Dublin is among the top two or three candidates. . .which is a big change from 10 years ago.”

Asked whether this is predominantly due to the advantageous tax environment, O’Farrell is unambiguous.

“For the tech companies, we need somewhere in the European time zone able to support European customers, where they’ll be able to have people with multiple languages, a place that’s comfortable for US executives, but is not in the US. I would say it’s too cynical to say it’s all tax-motivated.”

From his position on Sand Hill Road, O’Farrell is in an unparalleled position to see the technology industry operate, from Silicon Valley to Dublin and beyond. And his final observation points to another area A16Z is betting on for the future. “The world is shrinking so fast,” he says. “With virtual reality, we’re not far from the time when it feels like we’re in the same room.”