Brite:Brill one of three companies snapped up by Israeli firm for a combined $260m 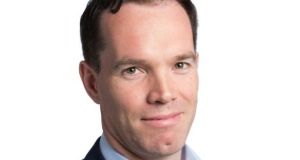 Brite:Bill was founded in 2010 by Alan Coleman

Brite:Brill, a Dublin-based billing software company, has been acquired by the Israeli company AmDocs.

The firm is one of three companies bought by the Nasdaq-listed software and services provider for a combined amount of approximately $260 million (€231 million) in cash. The others firms are the Silicon Valley-headquartered Vindicia and the Tel Aviv-based Pontis.

Founded in 2010 by Alan Coleman, Brite:Bill is headquartered in Dublin, and has offices in London, Madrid, San Francisco, Shanghai and Toronto. The company helps service providers, such as utility companies, telcos and banks, present and manage billing communications.

Brite:Bill, which in 2014 was named a “cool vendor” by Gartner in 2014 and scooped the “emerging company of the year” award at the annual ISA industry awards, has previously secured deals with Sprint, Vodafone Ireland, TMobile, Eircom, UPC, Meteor and Tele2.

Mr Coleman was shortlisted for the EY Entrepreneur of the Year awards last year.

Brite:Bill’s backers include Enterprise Ireland and Investec, which has a 29 per cent stake in the firm.

“These acquisitions, alongside AmDocs’ existing platforms which include multi-channel, digital care and commerce, customer management and big data analytics solutions, position AmDocs as the market leader to help communication and media providers on their journey,” said the company’s president and chief executive Eli Gelman.

“I am excited by these companies joining Amdocs, as their cloud-based technologies will augment AmDocs’ rich offering and shorten our time to market,” he added.