The data collected by consumer devices may be useful but will it be used safely? 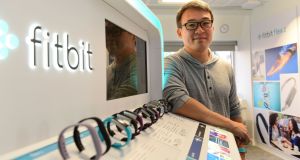 Look at the activity tracker on your wrist. Do you view it as a goal to beat on a daily basis? As a way of reducing your health insurance costs? Or a potential invasion of your privacy?

The use of health data is controversial at times. Back in 2011, Fitbit ran into a problem it hadn’t anticipated. Its platform, which allowed for the manual entry of fitness data, was sharing details of people’s sexual activity that they had inputted into the system in a bid to get a true picture of their daily activity levels. Sexual activity, by the way, was rated from light to vigorous. And not only was it shared on Fitbit, but it was indexed by Google. If ever the term “too much information” applied, it was then.

The problem arose because people didn’t understand that putting that information on Fitbit meant it was all public. Fitbit acted quickly to move everyone’s activity to private and got Google and other search engines to remove the listings from their indexes. Problem solved . . . for now.

Kudos to Fitbit for its swift reaction, but it showed one thing: people often fail to read the small print.

As more and more people embrace wearable technology and the ability to track health and data activity with these devices, the amount of data that is available on individuals is growing. Consumers can now buy blood pressure monitors that connect to their smartphones and tablets or devices that use skin response to measure stress levels. Data on blood sugar levels can be sent directly to physicians, who can also receive daily updates on a patient’s resting heart rate.

A report earlier this year from Frost & Sullivan estimated revenues from the global healthcare wearable devices market at $5.1 billion in 2015; it expects that to increase to $18.9 billion in 2020.

Indeed, digital systems in healthcare for everything from patient records to a digital lab system that would facilitate the sharing of data have become a subject for the Health Service Executive (HSE), which is due to begin implementation by the end of the year.

But what about the value of health data collected by consumer devices? The value of it to doctors has been hotly contested. There are a couple of reasons for this, the first and most obvious being that many of these devices are not medical grade, and therefore the data may not be as accurate as doctors would like. Another argument is that the raw data generated by the devices and the volume of such data may not be in itself a useful tool for doctors.

However, being able to analyse that data thoroughly may reveal some useful insights.

Researchers are coming around to this notion. Fitbit’s activity trackers are currently being used in a breast cancer study with the renowned Dana-Farber Cancer Institute. It is conducting a six-year study to see if losing weight can help prevent early stage breast cancer from returning. The six-year study, announced in July, will take 3,200 overweight and obese women, and equip them with a Fitbit Charge HR fitness tracker to measure their activity levels and a Fit Aria Smart Scale that will track their weight, lean body mass and body fat percentage.

Meanwhile, Apple is becoming more involved in the healthcare sector. Its Healthkit app compiles health data from a variety of different sources, and ResearchKit, which is underpinning a number of medical studies, including ones into illnesses such as Parkinson’s and chronic conditions such as asthma.

Having an easily accessible device – the smartphone – that can collect data and send it electronically to research studies is proving a valuable tool.

It gives researchers a tool that they can use to gather data away from a clinical setting, eliminating phenomenon such as “white coat syndrome”, where a patient can display higher blood pressure when they get to the doctor’s office, but have normal readings elsewhere.

“Clinical wearables must concurrently justify their value to payers, patients and clinicians to gain market foothold,” says Venkat Rajan, transformational health research director with Frost & Sullivan. “Confidence in the accuracy of collected data is paramount to the utility of information in any medical decision support.”

But even as consumer devices get more sophisticated, it is reasonable to expect that the data they produce may become more and more valuable to healthcare providers.

In an interview with The Irish Times a few weeks ago, Fitbit chief executive James Park said he saw a future where doctors would actually “prescribe” a Fitbit to patients.

Fitbit has a high bar for the use of its data, it says, and any firm that does not agree or adhere to it will not be allowed to access it. Data is anonymised too.

However, breaches do occur. People get careless. It’s not something that has been limited to electronic data; in 2014, there were incidents in which a member of the public found patient files in the drawer of a filing cabinet they had bought in a second-hand furniture shop and data relating to 19 patients from Wexford General Hospital was found on a housing estate.

But there is no denying that the format of digital health data could make it easier to spread inadvertently.

In the future, consumers may use the data to help save themselves some money. A study from the Consumer Electronics Association earlier this year found that the majority of users said their tracker prompted more active behaviour. A second study, conducted by Life Happens, found that the majority of those using the devices would be willing to share their data with health insurance companies, provided they got some sort of financial incentive to do so.

A discount for sharing your daily activity patterns or your ongoing weight and body fat calculations may be all that is needed to open up the sector.

Where there may be an issue is if sharing this data becomes the norm. In that situation, those who don’t because they don’t want to or because they don’t use an activity tracker may be penalised. Could your insurance company load your premium if it decides your diet isn’t up to scratch? And from an insurance company point of view, how do they ensure that such data is accurate?

Steps tracked daily are not, by themselves, an accurate measure of health, and if it become the norm for insurance companies to demand such data, it’s not beyond the bounds of possibility that a side industry in gaming the trackers would develop.

With the market for wearable health technology set to significantly expand, there is still much for all parties involved to consider.