Ditch the keyboard as mics work their way into the everyday

Rather than just a gimmick that made us feel a bit futuristic, voice recognition is now seen as a useful tool 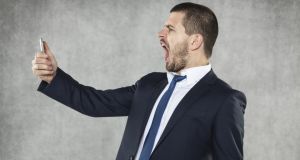 While it once was a hit-and-miss affair that was more frustrating than useful, voice recognition software has evolved over the years and it’s now possible to ditch the keyboard with confidence in favour of the mic

Voice recognition is working its way into every aspect of our lives, from our cars and phones to games consoles.

Siri for iOS made it all seem a bit more human as Apple’s voice assistant got a sense of humour, entertaining us all with quips about bad language, marriage proposals and smart answers to requests to “talk dirty”.

Microsoft, meanwhile, has been working on Cortana for Windows to help keep you on the straight and narrow, reminding you about appointments and giving you the heads up on local events that might interest you.

However, rather than just a nice gimmick that makes us feel a bit sci-fi and futuristic, voice recognition can actually be a useful tool. While it once was a hit- and-miss affair that was more frustrating than useful, the software has evolved over the years and it’s now possible to ditch the keyboard with confidence in favour of the mic, once you get the hang of things.

You may not realise it but you already have some half decent voice recognition software on your tablet or mobile phone. Both iOS and Android come with the ability to translate voice commands out of the box, although they vary in usefulness.

Android will allow you to dictate memos and messages at the touch of a button (for reference, it’s usually the bottom left of the keyboard beside the space bar).That means not only can you go handsfree, but you can avoid having to tap away at the small on-screen keyboard. It’s limited in what it will do though, with only basic punctuation and formatting available; still, it will save you a few minutes.

The Samsung Galaxy S Voice software uses Nuance, which is the company behind Dragon Naturally Speaking and Dictate for Mac. With zero setup, it’s actually impressively accurate, and although there were a few missteps, there was nothing potentially embarrassing that couldn’t be picked up before sending.

Apple has taken the dictation ability a step further, allowing you to bring in formatting into documents, which puts it a step above that offered by Android. If you are dictating documents into Apple’s word processor Pages, for example, you can add in line breaks, change space formatting or even use emoticons if the mood takes you.

It works with both the iPad and the Phone, although for noisier environments the iPhone does a better job, thanks to a superior microphone and noise-filtering technology. The other option, and one that we’ve found works well, is to use headphones with an inline mic, such as the included EarPods.

There are other options too, through a number of different apps in the various mobile stores. Some of them are hit and miss though – pausing without warning, for example, or simply not accurate enough to be of any use. The most reliable are limited in where they are available. For example, Dragon Dictation isn’t available in the Irish App Store, but if you have a US account, you can download the software and take advantage of Nuance’s software.

Be warned, however: most of these mobile services – including the built-in iOS and Android transcriptions – require a data connection, which means if you are in a bad signal area, forget it.

Your voice snippets are sent to a server, so you need to keep your speech short – segments of about 20 seconds should work okay – unless you want to spend a lot of time waiting for the software to catch up.

Also, you might want to consider exactly where the voice data you are transcribing is being sent before it bounces back to your phone in text form.

Microsoft has been offering voice recognition software on its operating system for some time, and Windows 8 is no exception. It allows you to control everything from opening files to dictating straight into Word. Similarly, Apple offers dictation in Mac OS X Mountain Lion and later, with a level of control close to that available on iOS and with no initial training required.

If you need something a bit more heavy duty, you can invest in a separate programme such as Nuance’s Dragon Naturally Speaking or Dragon Dictate for Mac. The software, once installed on your laptop or desktop, will allow you to not only dictate documents and messages but also control your computer through voice commands.

You don’t need an internet connection for this, as all the software is installed on your machine. It comes with a separate mic, but you can try to use the built-in mic on your PC or Mac if you don’t mind having to repeat yourself occasionally.

While you can get up and running fairly quickly – and accurately – the software works better the more you train it. That means spending a chunk of time test-reading chunks of text into the programme to ensure it picks up your speech patterns and accent correctly.

But once you’ve done this, it can actually be quite a timesaver. However, you do have to keep an eye on your screen as you read out your transcript.

The downside with most of these software programmes is that they work far better when tuned to one specific voice. If you want to transcribe an interview, for example, you may have to read out as you listen to it to get the most accurate transcription rather than using the Transcription feature on Dragon Dictate for Mac, for example. That’s aimed more at those voice memos you take while on the go – you can simply load them into the programme and it will translate them into text for you.

If it all seems a bit too much from you, and you have a bit of money to spend, or just want to transcribe a particularly long piece, you can always turn it over to the transaction service online. There are two options: machine translations or human.

While machine translations can often be free, they are often also full of mistakes. This means you will still have to spend some time correcting the transcripts.

If you have a bit of money to spare, you can pay to have your interview or voice file transcribed by a human being. This means transcript is far more accurate. However, it can be pricey. Typically a 30-minute file will cost you somewhere in the region of $30. However, if you simply don’t have time, it can be an invaluable service.