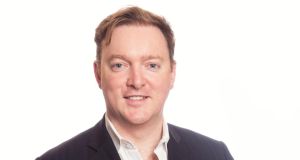 GameAccount Network is a leading provider of internet gaming systems capable of being deployed anywhere in the world. Headed by Dermot Smurfit Jnr, the company licenses its gaming content platform to UK, Spanish and Italian gaming operators including Paddy Power, William Hill, Rank, Lottomatica and SNA.

Before GameAccount Network, Dermot worked in the European investment banking team of SoundView Technology. He is a qualified (non-practising) UK lawyer and is a graduate of Exeter University. He is also a non-executive director of Powerflute and is a member of its audit and remuneration committees.

Strategic and operating highlights of GameAccount Network include the launch of a real money gaming platform in New Jersey via Betfaircasino.com as well as a partnership with Foxwoods Casino in Connecticut. GameAccount Network has also secured game development and distribution deals with KONAMI Gaming, Multimedia Games, Reel Time Gaming and Gamomat.

What vision/lightbulb moment prompted you to start up in business? Being fired from my role in technology investment banking, where I’d been exposed to the emergence of internet poker companies. I wondered ‘If people will play poker online, I wonder what other games they’ll play online such as backgammon, solitaire and rummy?’

How did you secure your first investment? The first investor was me, with my own money in autumn 2002, with some family members investing modest amounts in early 2003. The real first investor round was in spring 2004 when the founder of Betfair, Andrew Black, who I’d met as a banker in 2001, decided to invest which assisted in attracting more professional (but still private) investors including Dermot Desmond and Sean Paterson, the former finance director of Betfair.

What is your biggest business achievement to date? The admission to the London Stock Exchange was an incredible moment in time, having made the decision to float in summer 2013 as a direct result of turning down an offer from a public company to acquire the business. What were the best and the worst pieces of advice you received when starting out? Best advice was from Sir Michael Smurfit: “You only get to sell once”, which means never be in a rush to sell your business. We turned down five serious offers to buy the business over a period of several years, and I don’t regret a single decision.

The worst advice was also from Sir Michael Smurfit: “Don’t raise more than you need” because, in hindsight, the company suffered from a drip feed of capital through the formative years which hindered the company’s ability to turn on a dime without having to engage with investors for incremental capital which dramatically slowed down the company’s evolution.

If you were to invest in a sector, what would you consider the next “big thing”? The internet of things, where connected devices are controlled remotely and communicate across the internet to end users intelligently. Something moving inside your house late at night while you’re on holiday? You should have a webcam supported by an app that alerts you that something unusual is happening and presents you with an image to react to.