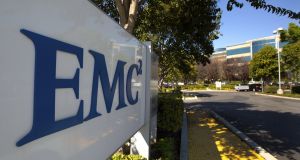 There had been fears that close to 200 jobs at the EMC Cork plant could be at risk but staff say the number is now likely to be closer to a quarter of that figure.

Data storage group Dell EMC is to shed jobs at its Cork base following its recent merger with Dell.

But workers at the company’s site in Ovens, Co Cork, expect the numbers will be far short of what was initially feared.

Following completion of the $67 billion deal last May, Dell Technologies disclosed that it expected to shed between 2,000 and 3,000 jobs across the merged business where it employed around 140,00 worldwide.

The combined Dell Technologies businesses in Ireland employ close to 5,500, with just under 3,000 of those working in Cork.

There had been fears that over 200 jobs at the Cork plant could be at risk but staff say the number is now likely to be closer to a quarter of that figure.

A company spokesman said: “While job reductions are never our first alternative and we strive to minimise them, in a merger of this size they are necessary given some overlap in functions.

“We will do everything possible to minimise any impact on jobs.”

EMC vice-president and general manager for network storage and software Fidelma Russo said at EMC World back in early May that there were no plans to scale down operations in Cork. Ms Russo, who is from Cork, said an expansion of Irish operations was more likely.

Ireland is a popular destination for data storage with tech giant Apple receiving planning permission earlier this year for an $850 million data-storage plant in Galway.

Other major tech firms with a data-centre presence here include Microsoft, Amazon and Google, which have all developed major facilities around Dublin over the past seven or eight years.

“Ireland is and remains an important base for Dell Technologies,” the company spokesman said. “We are proud of the team we have built in Ireland, and look forward to it continuing its work to drive our global business forward.”

EMC has had a presence in Cork since the 1990s. Originally focused on tech support, it has gradually expanded into other areas such as management software development and product management. – (Additional reporting: Reuters)