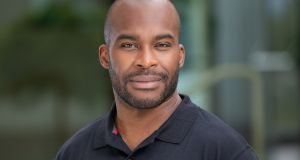 Cork-headquartered software company CoreHR has been acquired for a second time in a deal valued at a minimum €200 million.

The Ballincollig-based company, which is led by former professional footballer Dean Forbes, has been bought by the Access Group, a so-called London-headquartered “tech unicorn” which raised $43 million (€38 million) two years.

CoreHR is one of the world’s leading providers of HR software and technology, serving more than 270 government and private multinational customers with over one million end users.

The company employs about 350 people, some 276 of them in Ireland, and counts the likes of Diageo, Bus Éireann, Dublin City University, Irish Life, Aston Villa, Cineworld, JD Sports, Rank Group and the University of Oxford as clients.

The group was founded in 1982 by Sean Murphy. It recorded revenues of €37.6 million in the year to June 2018. US private equity firm JMI Equity acquired a majority stake for an undisclosed sum in CoreHR early 2016.

The deal is Access Group’s biggest acquisition to date. While no financial details were disclosed, Megabuyte, an online platform that collates information on M&A deals, estimated it was worth between €200 million and €250 million.

Mr Forbes, a former footballer with Crystal Palace and Northampton Town, and current chief executive of CoreHR, is to become president of Access’s people division.

He told The Irish Times that it was a “phenomenal deal” that would benefit all employees.

“Everything we were talking about doing as CoreHR are things that Access are interested in doing so this will lead to an acceleration of our strategy,” said Mr Forbes.

He also said the acquisition would likely lead to the company taking on more staff in Cork.

“This is exciting for our employees because Access intends to use CoreHR to introduce the rest of its platform portfolio to the Irish market and they’ll need to have extra resources in order to do it. It is likely that we’ll be adding the number of commercial people, although that won’t be in the near term,” he added.

“CoreHR is a key player in this space and adds significant scope for Access to deliver even more solutions, to a broader range of organisations, across multiple markets, in particular allowing us to bring Access Workspace to the Irish market,” he said.