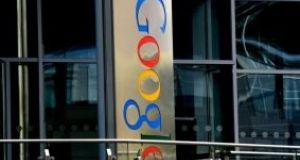 Google, Facebook and the others can now breathe a little easier following new guidelines on net neutrality appear from the Body of European Regulators for Electronic Communications. Photograph: Irish Times

While one arm of the Brussels bureaucracy – the European Commission – sent a warning to the big tax-avoiding tech firms with its Apple ruling, another has recently made their day. And possibly ruined Denis O’Brien’s at the same time.

The Body of European Regulators for Electronic Communications (Berec) last week issued new guidelines about net neutrality that appear to have put the kibosh on O’Brien’s plan to rally global telecommunications providers to give the likes of Google and Facebook a bloody nose by blocking their ads.

Berec says mobile phone companies, in particular, “should not block, slow down, alter, restrict, interfere with, degrade or discriminate advertising when providing” internet services to their customers. That appears to be that, then.

This means European mobile operators will now be prevented from rolling out the sort of network-wide ad-blocking technology that O’Brien’s Digicel has installed on its entire system across the Caribbean.

It also means that Three, the second-biggest operator in Ireland, will no longer be able to pilot ad-blocking technology across its network in the UK. The Irish unit of Three is closely aligned with the British division. If it had worked in the UK, it was only a matter of time before it reached Ireland.

Google, Facebook and the others can now breathe a little easier, as can smaller publishers such as the online sites of newspaper publishers, who would have been caught in the middle if network-wide ad-blocking had entered vogue.

O’Brien’s idea had been to force the big web publishers to give his telco a slice of their enormous advertising revenues, achieved on the back of Digicel’s vast infrastructural investment, by threatening to otherwise block their ads. He thought of them as data-munching freeloaders.

Google and Facebook could easily live with having their ads expunged from a regional network in the Caribbean. O’Brien, however, was also rallying the bigger operators, such as Vodafone, to consider installing the technology across Europe. That would have been far more dangerous for the US giants.

With Europe seemingly now off the agenda as far as network-wide ad blocking goes, it is hard to see where O’Brien’s campaign can go from here in terms of increasing his leverage.

O’Brien once accused Mark Zuckerberg of being “like the guy who comes to your party and drinks your champagne, and kisses your girls”. In Europe, at least, it looks like he may also get to take them home.