Mobile technology is not only transforming itself, it is ringing the changes in so many areas of our lives 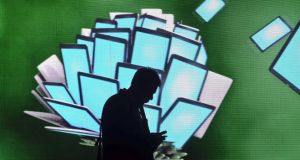 Mobile is taking over everything. Not content with dominating how we communicate, it seems that mobile technology is destined to play an increasing role in our lives from health and fitness to payments and automated cities.

That trend has been evident for some time, but in over four days at Barcelona’s Mobile World Congress – where Facebook’s Mark Zuckerberg outlined his vision for WhatsApp and his plan to get billions of people connected to the internet, and where companies pushed newer and better versions of their wearable devices – that message appeared to be getting rammed home.

It looks as if a fresh way of looking at mobile is on the cards. And even operators appeared to be listening. Rather than fighting the inclusion of services such as WhatsApp, that have been eating into their revenues, operators took to the stage at MWC to talk about teaming up with content and app providers: partnerships with companies such as WhatsApp and Facebook are now seen as desirable.

If anyone was expecting a big surprise at this year’s Mobile World Congress, they’d have been sorely disappointed.

Tech companies know by now that it’s almost impossible to keep big secrets under wraps, especially in an age when information travels so fast and so widely that leaks were hitting the internet weeks ahead of the show.

The major mobile phone launches were well flagged ahead of time, and even if they hadn’t been, there was little that would have shocked anyway. Bigger screens and more functions were the order of the day, with most of the major manufacturers unveiling devices that improved just enough on their existing handsets to make it worth a second look from consumers.

Samsung’s decision to include biometric security features in its latest phone had been expected, so it was no surprise when the firm said it would implement the feature in its new Galaxy S5 handset. However, Samsung later announced that it had done a deal with PayPal to also link biometric data to payment information, allowing users to pay for goods and services through mobile by swiping their fingerprints.

While that title seemed to be secure for a little while at least, Chinese firm Huawei looked set to steal the title in the 7in tablet market with the MediaPad X1. The device weighs 239g and is only 7.8mm thick, with a battery Huawei claims can last for up to three days.

What could potentially have been a major upset – had the details not already been leaked online some time ago – was Nokia’s decision to unveil a new family of Android phones. The Nokia X series represents somewhat of a turnaround for the company, which is selling its phone unit to Microsoft.

But David McQueen, principal Analyst at Informa Telecoms & Media, described the move as a “game-changing” step for the firm as it moved into the affordable smartphone market.

“This may be a few years too late, but it is a much-needed move by Nokia to recapture share of the smartphone market by becoming part of the Android ecosystem,” he said. “By using a number of key elements that have been highly successful in the smartphone industry over the past few years, and overlaying it with some of its own significant attributes – and to that I still add brand strength and quality industrial design – Nokia has bridged the gap to its Lumia smartphones by creating a truly irresistible product offering for the affordable segment.”


Wearable tech
Wearable technology was very much in evidence around the event, with Samsung unveiling three new Gear smartwatches, including the fitness focused Gear Fit, with its curved Amoled touchscreen.

Huawei, meanwhile, showed off the TalkBand, which follows the formula already established by many – tracking movement in a sleek band, and allowing users to make calls too. However, it did distinguish itself in one important way: the band has a pop-out earpiece that allows users to make calls.

In an increasingly crowded wearable-tech market, it’s getting harder for firms to distinguish themselves from the rest. Some, such as Finland’s Creoir, are using design to stand out; its Ibis smartwatch puts design at the heart of its offering rather than being an afterthought. That’s a major failing for some of the current smartwatch offerings, something Samsung acknowledged when it redesigned its Gear 2 to be a smarter, sleeker device that allowed users to swap straps according to their own tastes.


The internet of things
The “internet of things” reared its head regularly throughout the show too, with machine to machine (M2M) communication a recurring theme. From smart homes to connected cities, the idea that the internet is now being used to connect millions of devices as well as people wasn’t allowed to pass unnoticed.

One Irish firm taking advantage of that is Blueface, which used the show to announce its M2M platform Smarty, which will help businesses roll out applications for the wireless “internet of things”.

The platform, which will be available from the second quarter of the year, will be targeted at service providers, carriers, fleet-management providers, utilities, applications providers and similar firms.

The company plans to use its mobile virtual network operator with Three Ireland to give customers using the platform access to secure data backhaul and static IP addressing, among other benefits.

Blueface chief executive Alan Foy said the platform would let customers quickly and efficiently deploy their applications. “Our research indicates up to 16 million devices will be connected by 2020 in Ireland,” he said, adding that it provided major business opportunities for customers.

Meanwhile, Dublin headquartered Escher Interactive Services announced yesterday that it had teamed up with the show organiser GSMA’s Connected City initiative to showcase its mobile wallet project, joining other well-known firms such as Deutsche Telekom and Verifone.

The initiative is being spearheaded by the GSMA to show how mobile can help enhance retail through digital coupons and wallet providers, and how they can be interoperable.

Coupons from several different sources can be stored securely on a device’s Sim card and be redeemed by a single merchant.

Managing director Donal McGuinness said the company was excited to be part of the collaboration.

“Escher’s mobile wallet and loyalty solutions deliver innovative and cost-effective ways in which retailers can collaborate with each other, engage with their customers and increase revenues,” he said.

Escher has been establishing itself in Ireland’s loyalty market for some time, with more than 60 retailers throughout Ireland using its technology including Daybreak convenience stores and Health Matters.

Other Irish firms were also using the show to announce new deals and drum up business, with mobile marketing firm Brandtone staging a brief takeover of Enterprise Ireland’s location to get Unilever executives to test out its new Konnect advertising platform.

The stand hosted a number of Irish companies including FeedHenry, Brandtone, Aspire and Heystaks Technologies, which revealed its plans to tap into its collaborative search expertise and deliver what it referred to as “intentional advertising”.

This is a new business concept for the company and one that chief executive Maurice Coyle said is already garnering interest from major mobile operators. It gives clients a way to tailor potential offers to their customers according to what they intend to look for, taking into account search data and context.

There was plenty to talk about on the stand, with cloud connectivity services company Asavie Technologies revealing its strategic partnership with CradlePoint that will see the Irish headquartered firm provide secure connectivity for CradlePoint’s networking devices. The service, known as CradlePoint Secure Connect, allows the quick and easy deployment and management of secure, multi-operator private networks on a global scale.

Payment technology firm 3V, meanwhile, was demonstrating its new payments option, fresh from the announcement that it had done a deal with MasterCard and Spain’s Orange network to bring the payment technology to consumers.

Elsewhere, US-based startup Spritz, which announced this week that it had received investment from Irish businessman Denis O’Brien, was demonstrating its technology and how that could apply to the future of wearable technology, such as the Galaxy Gear 2 smartwatch.

Spritz is hoping to change how we read on mobile devices, providing an easier way to present text on small screens that streams the words at a speed the user sets.

While it can be used for websites on mobile phones and other small-screen devices, the growth in popularity of wearable devices could provide a ready market for the technology.

Has Mobile World Congress lived up to its theme of “creating what’s next”? Closing today, the show has certainly given the industry something to think about in the coming months.