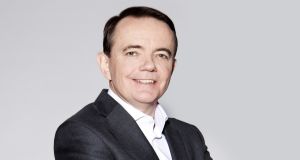 Barry O’Sullivan: Eyre Square is being transformed with the recent addition of a new Startlab Galway incubator and the “PorterShed” which is currently being fitted out

A year ago this week, I wrote an opinion piece for The Irish Times titled “Galway now challenging Dublin as a software start-up location”. I argued that the presence of hardcore software development in Galway based multinationals meant a large reservoir of experienced talent, giving Galway an advantage over other locations. HP, Avaya and Cisco all have chosen to develop global software products in Galway. Office and apartment rents were 50 per cent of Dublin prices. My argument was that on the two dimensions that matter most for start-ups: talent and cash, Galway was better positioned than most.

The article provoked some pushback from our nation’s proud capital in particular. The sentence that got most people agitated read: “If you are proficient in a foreign language and want to sell software for an American technology company, come to Dublin. If you are proficient in programming languages and want to build software products, come to Galway.”

My friend Brian Caulfield of Draper Esprit tweeted: “I love Galway and everything Barry, but seriously?” Brian is a champion of Irish entrepreneurs, a successful serial founder and investor, and now chairman of the Irish Venture Capital Association (IVCA). His scepticsim was fair. Other people pointed out gaps in the Galway story. Galway lacked significant co-working spaces for example, and also had weak linkages with the mostly Dublin-based venture capital community. As someone unfairly put it, “Irish VCs get a nose-bleed if they go outside the M50”.

A year later, the Galway start-up scene is stronger and on a good trajectory. The connection with the VC community was enhanced significantly by the Venture West conference which was held in Galway in September. Organised by Maurice O’Gorman of Galway Chamber, the aim of the conference was to bring together companies in the West of Ireland with capital providers. Led by Brian Caulfield and the IVCA, venture capital firms, representatives from Enterprise Ireland, the Ireland Strategic Investment Fund, Udaras and the Irish Stock Exchange spoke at the even, which was attended by over 300 people. Galway’s performance in attracting venture capital is encouraging. In a recent national study by the IVCA, Galway companies attracted the highest average VC investment at €8.5 million per deal, with Dublin companies averaging at €5 million per deal.

The issue of lack of co-working space has been addressed by new initiatives such as Bank of Ireland’s Workbench. A number of organisations, including the Galway Chamber of Commerce, Galway Harbour, Startup Galway, WestBIC and NUI Galway, have come together to kickstart a new innovation hub as part of a larger initiative called the “Galway City Innovation District”. Eyre Square is being transformed with the recent addition of a new Startlab Galway incubator and the “PorterShed” which is currently being fitted out. The PorterShed, sponsored by AIB, will allow entrepreneurs to use collaborative spaces, mingle with other entrepreneurs and have efficient access to everything from insights into the latest technology to legal and financial advice. New start-ups are springing up around Eyre Square and several multinationals are looking at space in the area.

Can Galway’s Silicon Square emulate the success of Dublin’s Silicon Docks? The success of the latter is due to a combination of visionary public policy and huge focus by both IDA Ireland and Enterprise Ireland – attracting world-class international companies and great Irish startups.

Galway’s emerging Innovation District has largely been a great example of local public and private co-operation in pursuit of a big vision. Instead of looking for Government help, the local community took action. There is a huge opportunity for the IDA and Enterprise Ireland to take advantage of this initiative to accelerate regional job creation.

Galway should be on the itinerary of every technology company that the IDA brings to Ireland. The folks in the west have a vision of Galway as a birthplace of ambition, so that our kids will have a choice to have amazing careers in the west, and not have to pack their bags for Dublin or San Francisco or even Lisbon.