Attempts to foment a re-volution in Haiti 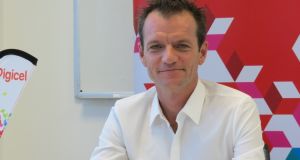 The Digicel diaspora continues to sprout up all over the place.

Re-Volt, a Haitian solar energy micro company co-founded by Maarten Boute, the telco’s chairman in Haiti, is looking to raise a modest $50,000 by the end of today using the Indigogo crowdfunding platform.

The other co-founder of Re-Volt is young former Digicel executive Darragh Dolan, a University of Limerick graduate. His favourite food is potatoes, according to his executive profile on the company’s website.

Re-Volt has started small, and is currently installed in only about 800 households. But it is hoping to increase this to 2,000 by the end of the year.

The Indiegogo crowdfunding page says people can also funnel cash towards the initiative by sponsoring for $1,500 one of Jialing 150cc off-road motorcycles used by its sales team.

1 Should my mam wait for house prices to drop before buying?
2 Two prominent business leaders in planning row with neighbour
3 Cheers: Conor McGregor's whiskey races up the sales chart
4 ‘I’m so lucky to be in the Caribbean – a million miles from Derry Girls’
5 Joint accounts: if one of us dies, can the other access the money?
Real news has value SUBSCRIBE