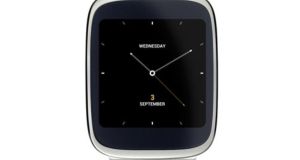 Of all the smartwatch makers out there, did you really expect Asus would be the one to show us how it could be done?

But it turns out that the ZenWatch could be that device that manages to cram all the features you have come to expect from a smartwatch – sensors to track steps, a link up to your phone so you can see who is calling you and control certain smartphone functions – into something that looks like a traditional watch.

It’s sleek, runs on Android Wear and has a 1.6 inch Amoled display.

It also has a remote camera, so you can snap a photo or two, and a built-in microphone.

There’s 4GB in storage too, with 512GB of ram, but sleek as it is, it’s still yet another gadget you’ll have to remember to charge. asus.com