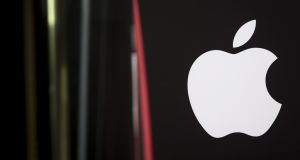 EU Competition Commissioner Margrethe Vestager’s team insists there was never a U-turn and that it kept Apple and Ireland up to date with its tax probe. Photograph: Getty

Apple and Ireland are preparing appeals to argue that European Union competition investigators unfairly kept them in the dark during a probe that ended in a record €13 billion ($14.6 billion) tax bill, people with knowledge of their case say.

As they weigh their court challenges, the pair contend that the EU neglected to flag a shift in emphasis in the investigation, according to the people, who spoke on condition of anonymity.

Their appeals would be reminiscent of Intel’s complaint that the EU trampled on its rights in a separate probe nearly a decade ago.

EU Competition Commissioner Margrethe Vestager’s team insists there was never a U-turn and that it kept Apple and Ireland up to date with developments from the time the probe was opened in 2014 through to August 30th when Ireland was ordered to claw back the proceeds of alleged sweetheart tax deals.

“The defender, the member state, has the right to know exactly what are the objections and if the objections change,” said Jacques Derenne, a Brussels-based lawyer at Sheppard, Mullin, Richter and Hampton LLP.

“If it’s confirmed that the final decision addresses issues, facts and even legal interpretations that have not been discussed with the member state, there is a problem.”

In a decision that reverberated across the Atlantic, the EU slapped Apple with the multi-billion euro bill, saying Ireland granted unfair deals that reduced the company’s effective corporate tax rate to as little as 0.005 per cent in 2014.

The US Treasury hit back, saying the EU was making itself a “supra-national tax authority” that could threaten global tax reform efforts.

But during the Apple case, scrutiny of the company’s tax affairs in Ireland appeared to shift from so-called transfer pricing arrangements on transactions between units which are used to calculate taxable profit, according to the people familiar with the investigation.

The final decision focused on how Apple allocated almost all its European sales profits to two “head offices” that weren’t subject to tax in any country.

Transfer pricing wasn’t mentioned in last month’s press release. While the commission denies such a change occurred, Apple and the Irish government were rebuffed repeatedly when they sought fuller information on the supposed U-turn, the people said.

Apple and Ireland first got wind of the change of direction in November 2014 when the EU sought answers on intellectual property issues.

Both separately asked officials to explain what the investigation was now focusing on without getting clear information, the people said.

Even a January meeting between chief executive Tim Cook and Vestager failed to get answers. For Apple’s general counsel, Bruce Sewell, the affair may stir up unhappy memories from his time at Intel, which faced a record antitrust fine for thwarting smaller chipmakers.

“The commission changed course a number of times and has taken all sorts of steps to obscure that fact from us and from the Irish,” Sewell told reporters immediately after the EU decision on Apple last month.

“We were not given the opportunity to defend this case in the way that we should’ve been.”

Commission spokesman Ricardo Cardoso said that it kept Apple and Ireland abreast during the investigation that was formally opened in June 2014.

He said there was no change of direction in the probe, which was based on two tax rulings granted by Ireland in 1991 and 2007.

Finance Minister Michael Noonan has said he was only informed of the vast amount of back taxes he would be ordered to collect from Apple, hours before Vestager told reporters in Brussels that the iPhone maker got illegal tax advantages.

Philip Andrews, a lawyer at McCann FitzGerald in Dublin who is not involved in the case, said the information the EU has made public so far - a June, 2014 letter to the Irish government when the case was opened and a press release last month - do show a change in emphasis.

“It’s clear the commission has changed its theory of harm, at least from the press release,” he said.

“The rationale does appear to be different from the case that was pursued” initially in 2014 “which focused on whether the transfer pricing followed arms length” guidelines on how goods and services are transferred between units of a company.

“There was certainly a surprise when the press release came out and Vestager announced a figure,” Andrews said.

“The commission kept that quite secret until the very last moment.”

But even if the probe did change, it may be hard to prove that the commission broke any rules of procedure with the way it handled the case.

The bloc’s state-aid law sets far fewer limits on regulators than antitrust and merger probes where there are strict deadlines and clearer rules on what information companies are entitled to see.

Even though Apple will also appeal, from a procedural point of view, under the EU’s state-aid rules, member states and not companies are the main target.

Vestager’s team focused on Ireland for granting unfair tax advantages to Apple, which meant the company’s role was largely confined to supplying investigators with information they wanted.

Technically, that also means only Ireland had a formal right to defence as the case unfolded and could attempt to argue at the EU court that its rights had been breached.

In reality, both are in it together, with full cooperation and disclosure between Apple and the Dublin Government. Ireland has just over two months from the August 30th decision to lodge an appeal at the EU’s General Court.

Apple must wait a bit longer for the Commission’s decision to be made public before it can submit its own challenge.

In an interview, Cook subsequently criticised the EU order as “total political crap”.

But whether judges at the EU’s General Court - the first EU tribunal to hear the appeals - will agree remains to be seen.

1 How long can Government afford to keep State pension age at 66?
2 How much will a Covid-19 vaccine cost?
3 Guinness brings out a non-alcoholic version of the black stuff
4 An Post letter business collapsing under Covid-19 - CWU
5 How on earth do we the calculate the cost of Level 5 for the Irish economy?
Real news has value SUBSCRIBE