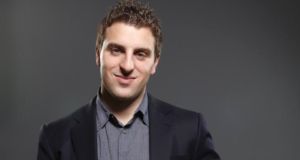 Online accommodation rental service Airbnb has announced it is to open its European headquarters in Dublin.

In a blog post on the Airbnb website, chief executive Brian Chesky said Dublin would be the base for its European customer experience team and that it would also be creating a hospitality innovation lab in the city.

The company began advertising positions in Dublin during the summer.

“So why Dublin? Well, it turns out that Dublin has hospitality in its DNA. Dublin is known the world over for its warm welcome,” Mr Chesky wrote.

“The city has a reputation for being one of the most hospitable and friendliest places in the world. Dublin is also an emerging technology epicentre in Europe, and one of its most international cities, with nearly every language represented.”

Founded in California in 2008, Airbnb is a community website connecting people with spare rooms or apartments with others looking for a place to stay. It says it has users offering rooms in 33,000 cities in some 192 countries.

Minister for Jobs Richard Bruton welcomed the news and said he had met company executives during an IDA investment mission to the US last year.

“Airbnb adds to the growing list of household name internet companies to establish European headquarters in Dublin, and today’s announcement further bolsters Ireland’s status as the internet capital of Europe,” he said.

“This is a highly dynamic, high-growth company operating at the cutting edge of internet innovation. Its decision to choose Ireland is a major endorsement of the talent of our workforce and the innovation ecosystem we have built in recent years. I wish them every success in Dublin”.