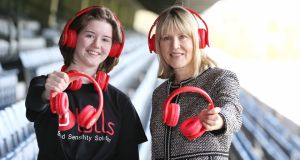 The next generation of budding entrepreneurs battled against each other in Dublin on Wednesday in the annual student enterprise national finals with a new hydraulic arm for tractors, and a bread mix inspired by a 100-year old recipe, among the winners.

Now in its 16th year, the Student Enterprise Programme is intended to bring the world of business into the classroom.

Some 23,600 student participants from 480 secondary schools around the country take part in the finals annually, which kick-off every September. This year’s programme had a total of 230 teenage entrepreneurs, aged between 13 and 18, from 77 different enterprises, competing in the final, with every local authority area represented.

Teenage entrepreneurs from counties Tipperary, Kilkenny and Kerry, took home the top prizes at the 2018 finals, which were organised by the Local Enterprise Offices for secondary schools.

The three main category winners in this year’s awards were announced at a ceremony on Croke Park on Wednesday.

The winners included Cistercian College Roscrea, which won for a unique bread mix that derives from a recipe from the Cistercian Monks.

Other category winners included CBS Kilkenny, which has developed a new hydraulic arm that replaces the lift arm stabiliser on the back of a tractor, and Presentation Secondary School, Castleisland, which has come up with the complete Camán, an all-in-one training hurley.

Sheelagh Daly, chair of the network of Local Enterprise Offices, said more than 150,000 students have learnt how to successfully run a business since the programme first commenced.