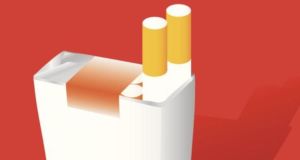 Legal firm Arthur Cox is coming under pressure from Minister for Health Leo Varadkar to sever its connection with the tobacco industry.

Arthur Cox is already facing questions from the Health Service Executive, one of its many public clients, over its involvement in threatened court action by Japan Tobacco against the Government’s plan to ban branded cigarette packs.

The firm, which is among Ireland’s most powerful solicitors’ practices, is legal adviser to Japan Tobacco’s Irish arm, which has threatened to sue Mr Varadkar and Minister for Children James Reilly if they fail to halt plain packaging legislation by tomorrow.

Mr Varadkar issued a statement to The Irish Times today when asked whether he had confidence in Arthur Cox as corporate legal adviser to the HSE at a time when it was representing Japan Tobacco in threatened legal action to block a public health policy.

“There is no conflict of interest as the legislation is being prepared by the Departments of Health and Children and not by the HSE,” said Mr Varadkar.

“But I do think it would reflect well on Arthur Cox if they didn’t represent tobacco companies.”

In addition to providing corporate legal advice to the HSE, Arthur Cox is service manager for the HSE’s panel of 30 legal advisers.

At issue in threatened court action by JTI Ireland, owner of the Benson & Hedges and Silk Cut brands among others, is a policy to erode the industry’s power to recruit new smokers.

The HSE’s spokeswoman said last night the organisation “should be informed of any direct conflicts of interest that exist between it and other clients of service providers”.

She added: “The HSE has received no notification from Arthur Cox in relation to JTI Ireland. If it transpires that a conflict of interest exists, it would be a matter of significant concern to the HSE. This will be raised with Arthur Cox as a matter of urgency.”

Arthur Cox did not say anything when asked last night how it reconciles involvement in the action by JTI Ireland and its work for the HSE and other public health bodies.

The firm’s other healthcare clients include the Mental Health Commission, An Bord Altranais and “a large number” of hospitals. “We don’t comment on client matters,” said the firm’s spokesman.

The company’s work for the Irish Heart Foundation is in jeopardy. “We adopted a standard operating procedure in the last few weeks that we wouldn’t use the services of companies that further the aims of the tobacco industry in relation to the influence of public health policy,” said Chris Macey, head of advocacy for the foundation. “So we’re acting on this at the moment, in all its forms and all its influences in terms of anyone so involved.”