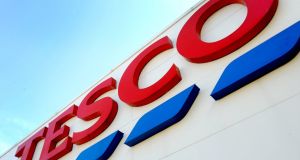 Tesco said on Wednesday it would repay £585 million (€644.5 million) of Covid-19 pandemic business rates relief it received from the UK government as some of the risks of the crisis were behind it.

Supermarket groups have performed well during the pandemic but have been criticised by lawmakers and media for paying shareholders dividends while receiving taxpayer money in the form of property tax relief.

Last month Tesco, Britain’s biggest retailer, estimated the pandemic would cost it £725 million this year – well above the rates relief it received.

“While business rates relief was a critical support at a time of significant uncertainty, some of the potential risks we faced are now behind us,” said Tesco chief executive Ken Murphy. The group will work with the UK government and devolved administrations on the best means of repaying the money.

Marks & Spencer said on Wednesday it would not follow Tesco in returning business rates relief. Sainsbury’s, Asda and Morrisons, which have all also claimed relief, all declined to comment.