The High Court has appointed joint provisional liquidators to the company operating Clerys department store on Dublin’s O’Connell Street. Here are 10 things you may not have known about the famous Dublin shop 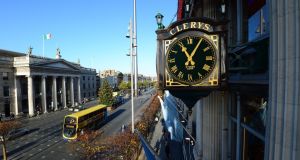 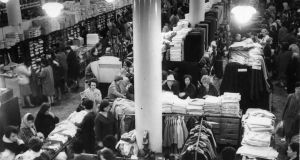 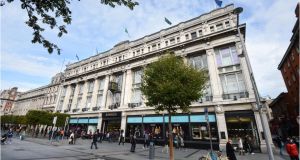 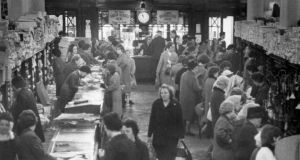 Clerys & Co during their silver jubilee in 1965: interior view of the ground floor showing on the left the ladies underwear department and on the right blouses and jumpers department, with the information desk in the background. Photograph: Dermot Barry/The Irish Times 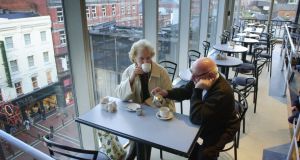 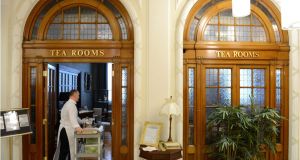 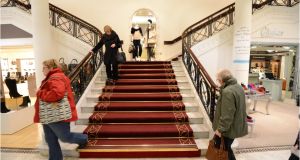 1. Larkin spoke from the balcony

James Larkin, whose statue stands outside the shop, was arrested in 1913 as he spoke to a crowd from one of the building’s balconies. 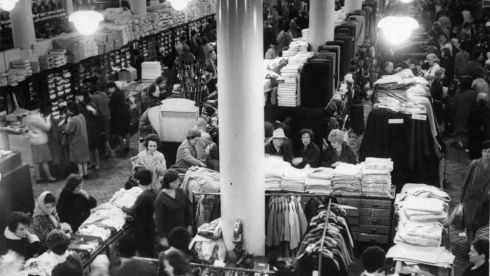 The history of Clerys dates back to May 1853, when McSwiney, Delany and Co opened the “Palatial Mart” or “New Mart”, writes Joseph EA Connell in his new book Dublin Rising 1916. “Housed in a purpose-built building, the department store was designed to eclipse European outlets of the time. The shop was renamed 30 years later when it was taken over by Michael J Clery of Limerick. From 1883 to the present day, “Clery and Co” has hung over the doors.” In 1916 the building included the Imperial Hotel, located over the department store. 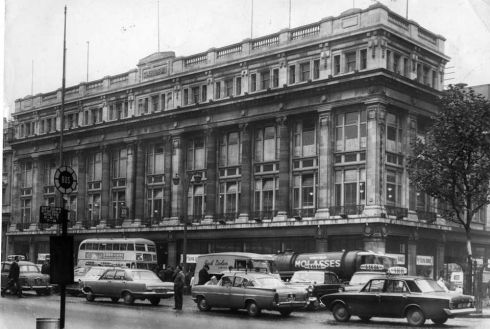 3. Its windows melted during the Rising

During the 1916 Rising it was one of the first buildings to be set on fire, according to Connell, and was “completely destroyed”. “I had the extraordinary experience of seeing the plate-glass windows of Clerys run molten into the channel from the terrific heat’, Oscar Traynor wrote. 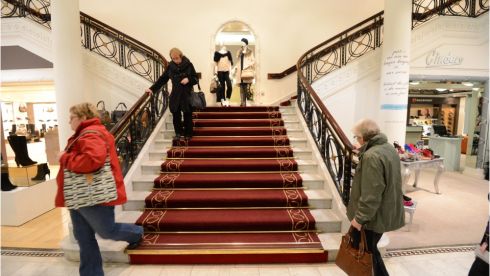 4. It wasn’t always on O’Connell Street

Following the destruction of the building in the Rising, the business moved to a Lower Abbey Street warehouse for six years. In August 1922, it reopened on Lower O’Connell Street. 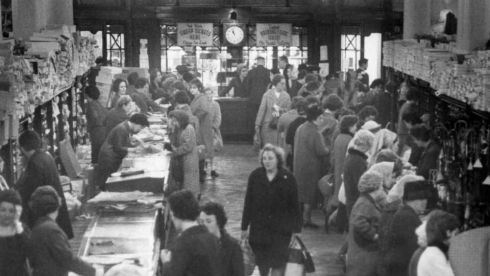 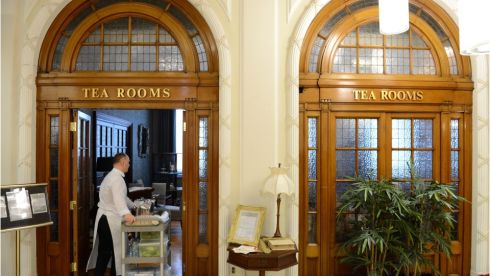 Denis Guiney, a Kerryman who ran the eponymous drapery around the corner on Talbot Street, bought Clerys out of receivership in 1941 for £250,000. At that time, Guiney’s had the bigger turnover but, despite the challenge of mid-century austerity, Guiney made a success of Clerys by pitching it as an affordable and dependable supplier of garments for both the Dublin middle classes and their country cousins. Guiney died in 1967, though his widow Mary remained chairwoman of Clery Co (1941) Plc until her death, aged 103, in 2004.

Clerys became a site of blossoming love and romance. Its website states: “The scene of many a romantic evening, the ballroom at Clerys saw dances hosted every night of the week with a full-time orchestra. The romance spread and it wasn’t long before gentlemen would ask their ladies to meet them ‘under the Clerys clock’. The phrase soon became equally, if not more, famous than the store itself, and meeting under the Clerys clock cemented the store as an institutional part of Dublin culture.” 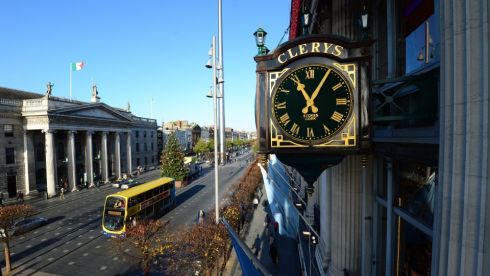 8. The bomber of Nelson’s Pillar dropped in for some last-minute supplies

"The first attempt was on the last day of February but the bomb didn't go off,” Liam Sutcliffe told Kitty Holland in 2003. “So I had to go up on March 1st and remove it. I went into Clerys, bought a nail clippers and stripped it. I had a week then to drop it back. I went back on March 7th, had electrics in a briefcase. I connected everything up and placed it in an aperture that looked up Henry Street.”

9. It wasn’t always the same clock

In 1990, on the 50th anniversary of Denis Guiney taking over the store, a new clock was installed. 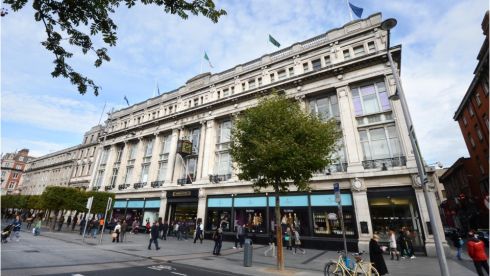 10. It was the subject of the first Irish gay love song

In 1988 musician Philip Chevron of The Radiators wrote about the Dublin landmark where courting couples met. Chevron – “in the first real Irish gay love song” – sang about meeting his boyfriend (“All I want to do is embrace by the street lights like other lovers do without disgrace”)  in what was perhaps his best ever vocal delivery.