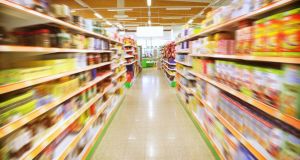 Musgrave said it was planning to develop a strategic partnership with Booker to collaborate on store formats, digital innovation, buying opportunities, sharing of best practice and to achieve cost savings and efficiencies for the business.

Musgrave Group is selling its loss-making British business, which operates the Budgens and Londis brands, to Booker for €57 million.

The move follows Musgrave last summer writing down about €131 million in relation to the operation, which covers about 1630 franchised Londis stores and 167 Budgens outlets.

Musgrave said the deal would allow it to concentrate on its business in the Republic, the North and Spain. The group’s chief executive, Chris Martin, described the decision to sell as difficult and said it was taken after careful evaluation of the options.

“Having received a proposal from Booker, we concluded that a sale to Booker is the right thing for the group and would be the most advantageous outcome for our retailers, colleagues and suppliers in Great Britain,” Mr Martin said.

The company had been working on a turnaround of the British business and had narrowed losses from €21 million to €7 million, he added, noting that the he does not foresee further “significant” writedowns on the business.

Mr Martin said Musgrave had looked at the option of buying other companies in the UK to achieve scale, but felt the opportunities were not available. It would also have taken too much time, he said, to grow the operation while absorbing more losses all the while.

“You really need scale. Booker approached us and we felt this was a better outcome,” he said.

Under the deal, Musgrave has entered a strategic partnership with Musgrave. This will include the Irish company learning from Booker’s advanced digital operations. It will also include Musgrave possibly using some of Booker’s suppliers in a buying arrangement.