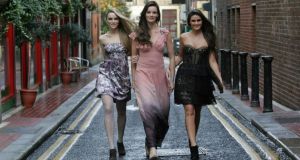 That date marks the maximum 100 days of protection available under the examinership granted to Monsoon Accessorize Ireland Ltd on March 13th last.

The further period was granted yesterday by Mr Justice Brian McGovern, to allow for more time to finalise a survival plan.

The chain, which employs 269 people in 18 stores around the country, is looking to close at least 10 of those outlets and renegotiate rents with landlords for others.

Rossa Fanning, for examiner Declan McDonald, said the four notice parties to the examinership, including the Revenue, had consented to the application for more time.This was an examinership in which rents and dealing with landlords were an important part of the process, counsel said.

The UK parent company, Monsoon Accessorize Ltd, has undertaken to provide new investment if certain conditions are met, including the closure of stores and renegotiation of leases, the court heard.