Lottery funding for good causes could decline under new licensee 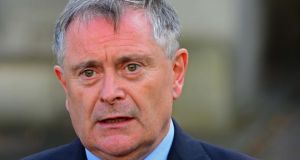 Minister for Public Expenditure and Reform Brendan Howlin: move would represent a change to his stated position of keeping the good cause fund at 30.5 per cent of total annual turnover


Good causes could receive less from the National Lottery in the future due to planned changes to the rules governing the scheme.

Up to now, the lottery operator has been contractually obliged to hand over a fixed percentage of annual revenue from the sale of tickets and scratch cards to charities and community groups. Under the terms of a new 20-year licence, however, lottery beneficiaries will now receive an unspecified percentage of gross gaming revenues, a substantially smaller pot, which is calculated by subtracting prize payouts from sales.

The move is designed to give the next licensee greater flexibility to operate online where margins for certain game products are substantially smaller.

Nonetheless, it represents a change to Minister for Public Expenditure and Reform Brendan Howlin’s stated position of keeping the good cause fund at 30.5 per cent of total annual turnover.

In accompanying documentation, the department said the core objective was to generate a substantial upfront payment for the exchequer, part of which would be used to finance the proposed national children’s hospital.

This would be done while “assuring a seamless transition, continued high-quality operations and increasing contributions to good causes over the life of the new licence.”

It said the change to how good cause contributions would be calculated in the future was “intended to ensure an alignment of interests between good cause beneficiaries and the operator, as the operator will be incentivised to grow lottery revenues, in turn increasing returns generated for good causes”.

Prior to this, prospective bidders will be granted access to a virtual data room to review more detailed information on the lottery and the proposed terms of the licence.

Applicants will then be granted three months to “formulate fully funded binding bids” with a provisional deadline of September 16th.

The New Lottery Act, ostensibly designed to overhaul the rules governing online sales which date from a pre-internet age, passed through both houses of the Oireachtas earlier this week, and will be enacted in the coming months.

The Government is banking on the relatively untapped potential of internet sales, which currently represent only 2 per cent of the business, to woo potential bidders.

Gaming and lottery company Gtech has already confirmed it will bid for the licence and that it was exploring a possible alliance with the current operator, An Post.

It is likely to be joined in the competition by An Post, UK operator Camelot and possibly Australian gaming group Tatts.

1 Fierce backlash to Dutch hard line on eurobonds
2 How to budget your way through financial realities of Covid-19
3 Medtronic shares ventilator design publicly to increase production
4 Meath couple’s company hit with €105m discount on purchase price
5 US authorities scrutinise Zoom’s practices as app’s traffic surges
6 US stocks end quarter down 20% in biggest drop since 2008
7 Communicorp cuts pay by up to 25% at its radio stations
8 Ireland ‘resilient’ enough to cope with cost of Covid-19, says Moody’s
9 Covid-19: Builders cease work on big developments
10 Nice to see you: Which is the best video calling option around?
Real news has value SUBSCRIBE