Irish services growth highest in a decade in January 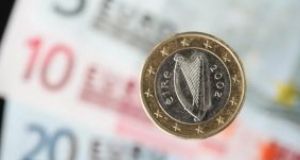 The jump in January was driven by a sharp increase in the new business subindex to 66.2 from 62.7 a month earlier

The Investec purchasing managers’ index (PMI) of activity in services, which covers businesses from banks to hotels, rose to 64.0 in January from December’s 61.8, its highest level since June 2006, at the height of the economic boom.

The sector has recorded over three years of unbroken growth, denoted by a reading over 50, and last fell below the 60 mark in February 2014 when Ireland was emerging from a three-year international bailout.

The jump in January was driven by a sharp increase in the new business subindex to 66.2 from 62.7 a month earlier, only the second time it is has reached such a level in over 15 years.

“The sector has made a very impressive start to 2016. More than 20 times as many businesses expect to see growth in activity over the next year against those who anticipate a decline,” Investec Ireland chief economist Philip O’Sullivan said.

“Taken together with Monday’s manufacturing PMI report, this week’s surveys suggest that the strong momentum evident across the Irish economy in 2015 has continued into the New Year.”

A sister survey earlier this week showed Irish manufacturing activity at a six-month high in January.