How to deal with customers’ gripes 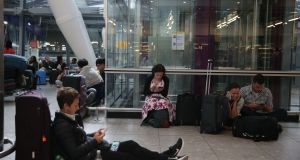 Remember the British Airways’ passengers who were stranded and separated from their luggage by a computer meltdown earlier this year? No amount of compensation would have made those passengers overlook their ordeal

It is high season for customer complaints, when tourists take to social media to complain about their hotels or whine about expensive outings that failed to live up to expectations.

For years, customer reps took comfort from the “service recovery paradox”, the counterintuitive idea that, if they handled a complaint well, their company would emerge with an higher reputation than before.

To me, this notion has always looked as unsteady as a cheap deckchair on the beach. The proliferation of complaints on social media is bringing it closer to collapse. How people react when things go wrong surely depends on how much they suffer. Studies back my hunch. The paradox does exist but generally only when the service failure is not that severe, it has not happened before and the company had little control over what went wrong.

I learnt this first-hand the other day at a screening of Dunkirk at London’s BFI Imax cinema, run by Odeon. As we waited for the lights to go down, Mark, our host, announced: “Tonight, you will see Dunkirk as the director Christopher Nolan wanted it to be seen.” Except we did not. Instead, there was a long delay, as the projectionist wrestled with the 70mm analogue print.

After 15 minutes of entertaining impromptu reflections on his hangover, his recent bad date and his favourite movies, Mark gave way to his manager, who apologised. Despite the build-up, Dunkirk would be shown in digital format. Those who had come expressly to see the 70mm version could leave and claim a full refund. Everyone else would receive a voucher for another big-screen presentation.

Odeon seemed to have snatched triumph from potential disaster. I would happily return to the Imax. The voucher was just a bonus. But of course I barely suffered. I still saw the movie. And, without Mark’s preamble, much of the audience, myself included, probably would not have noticed if it had been projected in analogue or digital. “What is ‘a print’?” was one of the audience questions Mark fielded as he valiantly busked through the delay.

Compare the experience of British Airways’ passengers who were stranded and separated from their luggage by an avoidable computer meltdown earlier this year. A dearth of information and an absence of frontline staff to deal with the problem exacerbated their predicament. No amount of compensation would have made those passengers overlook their ordeal, let alone recommend BA in future.

Or ask Roland Rust, founder of the Center for Excellence in Service at the University of Maryland’s business school, another sceptic about the paradox.

Last year, he and his wife, frequent flyers with United Airlines, endured what they claim was a catalogue of service failures on a trip to Europe. Prof Rust turned it into a case study. For instance, United offered the couple 15,000 “goodwill” frequent flyer miles each, even though he already had 3.5 million unused miles in his United account. Is the compensation offer sufficient? Prof Rust asks his students, though his own verdict is obviously “nowhere near”.

One lesson (apart from the self-evident one: never upset a customer service professor) is that many companies have become too “operationally oriented”, putting efficiency ahead of customer service. Another is that the power of cash compensation is overrated. A third is that what Prof Rust has dubbed the social media “echoverse” has eroded traditional measures of consumer sentiment – and changed how companies should respond.

Assessing word-of-mouth customer comments on Twitter since its launch in 2006, he and other researchers found that, in the early years, positive comments on service generated more upbeat posts. But, as the echoverse matured, users fell into a “negativity spiral”, sharing more and more bad experiences. Contrast that with the pre-internet age, when it was estimated that between 70 and 95 per cent of customers never bothered to complain.

When things do go wrong, companies now try to “bundle” their responses to complaints. One 1999 study by Amy Smith, Ruth Bolton and Janet Wagner found “process failures” such as inattentive waiters, left customers more dissatisfied than “outcome failures”, such as waiters not being available. If your airline now pesters you with an online survey asking how you rate “your check-in experience”, not just whether your flight was on time, this is why.

Some modern solutions to customer complaints remain resolutely old-fashioned, verging on the obvious. Get it right first time, suggest some so-called experts.

Companies have started trying to turn the echoverse to their advantage, however, by replying to individual gripes. The tactic means some corporate social media channels read more like “sorry media” with their litany of apologies, but it works in two ways. Direct responses damp down the initial complaint, and stay on the record for future customers hunting for online guidance.

The days when companies could rely on the service recovery paradox are long gone. But why not assume it still applies? There was no fighting on the beaches after my Dunkirk screening and, as far as I could tell, nobody asked for their money back. Even if there is little to gain in offering a sincere apology, applying a human touch and resuming good service, there is certainly nothing to lose and potentially a lot to learn.