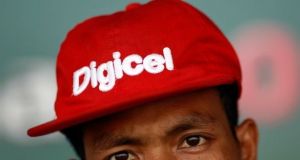 Digicel this week agreed a deal with bond holders over repayments

The group said the appointment reflects his active involvement in Digicel sincereplacing Michael Willner as a non-executive chairman in August.

“Jean Yves brings a wealth of experience driving digital transformation in global telecoms environments. We are excited by the energy he has brought to the business since joining the Board and by the insight and capability that he brings to our Board and leadership team,” said Mr O’Brien, Digicel group chairman.

Digicel, which has a $6.7 billion debt pile, this week convinced holders of $1.89 billion of bonds that are due to mature in 2020, to postpone their scheduled repayments by two years. The agreement followed months of negotiations in a debt restructuring.