Offices have distributed €81.5 worth of direct financial assistance to small businesses 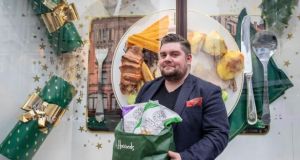 Sam Dennigan, founder of Strong Roots, just one of many companies supported by Local Enterprise Offices

Local Enterprise Offices have supported the creation of more than 18,600 jobs nationwide since they were established in 2014.

The offices, which were established as a first point of call for small businesses, have also provided training for close to 145,000 entrepreneurs over the last five years, new figures show.

Established in 2014 by the Department of Business, Enterprise and Innovation, the 31 offices are operated in a partnership between Enterprise Ireland and local authorities.

The offices have collectively approved and contributed funding to over 5,000 business and entrepreneurial projects since 2015 and distributed €81.5million worth of direct financial assistance to small businesses.

According to the figures, 40,577 people have received mentoring support through their local enterprise office, while over 17,500 have taken a ‘start your own business’ course.

Among the successful companies to have availed of support from the offices are Simtech Aviation, Irish Fairy Door, GloFox, Beats Medical and Strong Roots.

1 Pilita Clark: The looming legal minefield of working from home
2 State should use Covid-19 impact on construction costs to build new homes
3 New car prices could rise by up to €10,000 if taxes increase in budget
4 Former junior finance minister to head funds sector lobby group
5 Motor tax hikes, D’arcy quits politics for IAIM, and Sprout’s takeaway pivot
6 Me & My Money: ‘Money can’t buy you happiness but it can make life a lot easier’
7 Sprout pivots in pandemic towards takeaway and supplying food retailers
8 Coronavirus threatens Europe’s pension industry
9 More financial firms setting up or expanding in Ireland despite Covid-19
10 Three Ireland switches on 5G network around the country
Real news has value SUBSCRIBE