Car dealer is barred from directorships

Court hands Mockler five-year ban and holds him liable for €250,000 in debts 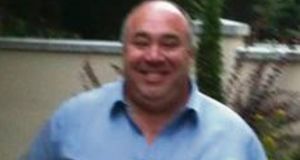 Richard Mockler, a Bentley and Porsche car dealer in west Dublin, has been disqualified as a company director for five years and been ordered by the High Court to be held personally liable for €250,000 of its debts.

Mr Mockler, who blamed the publicity of a 2007 Criminal Assets Bureau raid on his business for dealing it “fatal blows”, consented to both orders, but he denied allegations of fraud. Mr Mockler’s wife and fellow director Janette Mockler was also disqualified for one year, by High Court Judge Max Barrett.

Aidan Garcia, an accountant with Copsey Murray, sought to disqualify the husband and wife based on his findings as liquidator of the firm behind Mr Mockler’s Clondalkin car dealership, Richard Mockler Ltd.

“It is clear that there was systematic and deliberate fraud by Mr Mockler and it was at the higher end of delinquent behaviour,” he said.

Mrs Mockler he said was “passive” as a director but deserved to be disqualified for failing to ensure her company complied with the provisions of the Companies Act.

Sarah Cooney, counsel for Mr Mockler, said: “The allegations of fraud are denied in relation to Mr Mockler.” She said her client did concede a “lack of commercial probity”.

She said Mr Mockler’s actions should be seen as being at the “minimum end” and that her client “ran a large successful business from 1995 until 2007”. She said its subsequent collapse was because of the downturn and her client contends was also a “result of a Cab (Criminal Asset Bureau) investigation.”

In an affidavit prepared by Mr Garcia’s solicitors, nine actions were outlined that were described as “leading to the collapse of the company and warranting disqualification of Richard Mockler.” These included “the deliberate misclassification of transactions in order to defraud Revenue from VAT due and to ensure that fictitious sales invoices were hidden from the liquidator”.

“The keeping of two sets of sales invoices, used as a deliberate attempt to defraud Revenue and further done in an attempt to ensure the liquidator did not uncover such practices.”

The car dealer, who now lives in Canada, was accused of “failing” to account for €700,000 worth of high performance cars and using €650,000 of company funds on “personal lifestyle expenditure.” This included paying the mortgage on personal property, wine, tennis lessons and private schools fees.