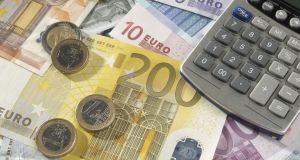 Four per cent of Irish fundraising heads earn more than €100,000 a year, according to respondents to a survey.

Despite the difficulties charities have faced in raising revenue in recent years, salaries for those charged with fundraising have stayed largely steady since 2012, according to a new survey which casts light on the pay and employment conditions of professional fundraisers in Ireland.

Conducted by Charity Careers Ireland, the survey shows that the average salary for a head of/director of fundraising is € 60,024, in line with a similar survey published by Fundraising Ireland in 2012, although this survey had a much wider number of respondents.

Less than one in every 10 fundraisers are paid a bonus or commision on the amount they raise, while almost all fundraisers (98%) work more than their contracted hours, and 57 per cent do so regularly.

The survey comes at a very challenging time for fundraisers.

Ivan Cooper, director of advocacy with The Wheel, a representative body for charities and voluntary organisations, says it’s a tough environment.

“It’s been a very difficult year for charities generally in relation to fundraising,” he says, noting that in the two years since 2012, 45 per cent of charities reported that their income had fallen by up to a quarter.

The difficulties facing charities as a result of the economic environment was compounded by the Rehab scandal earlier in the year.

“It made a bad situation worse,” he says, noting that 61 per cent of charities claim that their fundraising was effected by this negative publicity.

However, Cooper is hopeful that 2014 will prove to be the year that charity funding stabilised.

At a lower level, the survey shows that fundraising tends to be a female function, with women accounting for 71 per cent of fundraising manager roles. At director level however, the proportion shrinks to 48 per cent.

Fundraising is a fluid role; more than half of fundraisers have been in their current post for less than two years, while one third expect to move job in the next year.

The survey was undertaken by 162 professional fundraisers working in Ireland during October 2014, and was carried out by Charity Careers Ireland in partnership with Fundraising Ireland, Business to Arts and The Wheel.