A bright bet by Rich Ricci 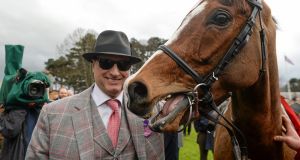 Although regulated in the UK, BetBright is owned by Dublin-registered Dedsert (Ireland), which in turn is owned by a British Virgin Islands company, giving a veil of secrecy to its ultimate backers. Ricci was rumoured to have taken a stake in the business before Christmas, however. As his name suggests, he should be well able to afford it.

FieldAware, a technology company backed by Bill McCabe’s Oyster Capital Partners, says on its website that Oyster is also an investor in Dedsert.

Dedsert’s directors include Dublin twins Richard and Marcus Brennan and Tadgh O’Toole, who all have a background in telecoms. The three men are also involved in another McCabe-backed business, Psytech Digital, which owns the 7th Sense Psychics phoneline: “Expert psychics at the best prices.”

Here’s another business idea for McCabe: consider a merger between the psychic line and the bookmaker. You’d make a fortune predicting races.