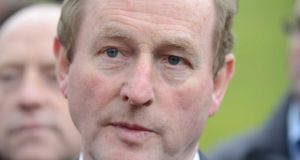 Taoiseach Enda Kenny described some of the examples of the anomalies as “quite stark”.

Government moves to increase the rate of the national minimum wage on foot of the report of the Low Pay Commission are likely to be introduced in tandem with PRSI reforms.

The report highlights anomalies in PRSI arrangements which if left unchanged could see workers take home less money following a rise in the national minimum wage.

At the same time, under current arrangements, employers would see their PRSI costs increase significantly on foot of even small increases in the minimum wage above certain thresholds.

It is understood this anomaly formed, in part, the background of the decision by trade union leaders on the commission to dissent from the final recommendation for a 50 cent rise in the minimum wage.

Taoiseach Enda Kenny described some of the examples of these PRSI anomalies set out in the commission’s report as “quite stark”.

Tánaiste Joan Burton promised these issues would be addressed in the budget in October.

The report says an increase in the hourly minimum wage of 37 cent to bring the level to €9.02 for a single adult working 39 hours a week would generate a net annual gain to the employee of €548.95. The cost to the employer would be €814.14.

In her minority report, Irish Congress of Trade Unions general secretary Patricia King included a table which maintained that under existing PRSI arrangements, increasing the minimum wage by the proposed 50 cent an hour would lead to a slight reduction in earnings for the employee.

Earlier this month Burton signalled to the trade union movement at its conference in Ennis that any such PRSI anomalies would be tackled in the budget.

However, it seems the Government did not provide sufficiently definitive commitments on its PRSI reforms to allow trade unionists on the commission back a 50 cent rise which, in theory and without changes to the anomalies, would not have delivered any increase in take-home pay.

Given the polarised nature of the debate over recent months on changing the national minimum wage it was probably to be expected there would be dissenting voices over the outcome.

However, on the basis that all employer groups had advocated keeping the existing €8.65 rate unchanged, it was surprising that commission members with a background knowledge of the business world had backed the proposed 50 cent rise while those on the union and worker side had objected, albeit on the grounds the increase was inadequate.

Minister of State for business and employment Ged Nash said yesterday that the proposed minimum wage rate would benefit more than 122,000 workers when it comes into effect.

The Government is likely to come under pressure at the time of the budget to set out how much any changes in the PRSI regime would cost, given it has set a €750 million cap on tax relief provision.

In its report the commission says a moderate increase in the minimum wage rate is unlikely to have a significantly adverse effect on employment. However, it seems less sure of what impact it may have on the number of hours offered by employers to low-paid workers.

It seems certain the Government will increase the minimum wage from January, a move that will benefit thousands of workers. However, it remains to be seen, in the face of strong opposition to the rise from some business groups, whether some employees will see their working hours cut as a result of the measure.