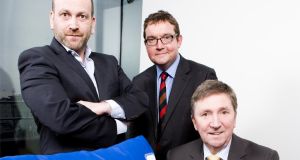 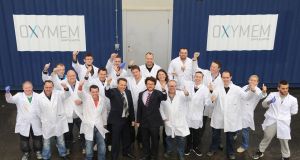 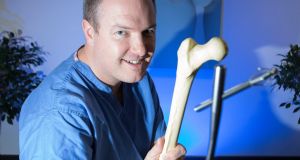 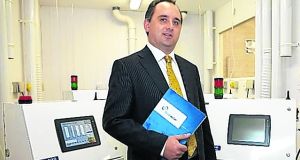 A pillow, a sewage treatment system, a screw fixing for bones, a disinfectant process, a cattle pen, ventilation ducting, a battery, a smart electricity meter and an internet bandwidth booster – these various items appear to have very little in common but they are all former Irish Times Innovation Award winners.

There is a further commonality in the way the innovators involved brought their inventions to light in the application form for the awards.

The development of a new hypoallergenic pillow, for example, does not at first sight set the pulse racing. However, when the team in Gabriel Scientific described its Sleep Angel pillow in the application form for the 2012 awards, the team members explained clearly just how much of a breakthrough the invention represented.

The application demonstrated that this was not just another pillow, but a hermetically sealed medical device with a built-in bacteriological filter which is a proven barrier to contaminants and can prevent potentially fatal hospital acquired infections and offer a healthy, hygienic night’s sleep in a home or hotel.

Sewage treatment systems do not normally make the headlines, except for the wrong reasons, of course, but in the case of Oxymem, the media attention was all positive.

The 2014 overall award winner’s eye- catching application noted that the revolutionary yet simple treatment system had the potential to deliver global for energy savings worth up to €45 billion annually. The science behind the invention may be relatively complex, but the end results in terms of energy and cost savings were crystal clear.

A new medical device invented by Dr Brian Thornes and his team at X-Bolt Orthopaedics will improve the efficacy of current hip-fracture treatment and has the potential to reduce dramatically the requirement for very costly and often devastating repeat surgery.

Dr Thornes who invented the 2012 category-winning X-Bolt, a novel expanding bolt device for use in bone fixation in osteoporotic hip fractures, brought clarity to a new level in his application. He explained that traditional internal fixation used bone screws that depended on the hold of the screw threads to the bone, but that his invention worked like a rawl-plug bolt that expanded to anchor within the bone, thus gives a much stronger fixing.

His application said he first got the idea for the X-Bolt when he was putting up a plasma TV on the wall of his apartment. Expanding rawl plugs were required to fix it to the plasterboard wall. Many elderly people’s bones are soft and crumbly, making them similar to plasterboard in consistency and causes fixation problems for traditional screws.

As a result of this lightbulb moment, he set up X-Bolt Orthopaedics to develop the new product in 2007 and he brought it to market a few years later.

Explaining the potential benefits of an industrial disinfection system which relies on an advanced electrochemical activation technology might appear a tall order, but 2014 winner Trustwater made it look very simple indeed.

Their application pointed to the costs and time involved in cleaning the processing lines in a beverage plant and explained how their system could reduce these by up to 80 per cent with a treatment, which is more than 100 times as effective as traditional chlorine solutions.

The vast majority of urban dwellers will have little or no appreciation for the finer points of cattle pen design, much less an understanding of the impact it can have on milk production.

Based in Tuam, Co Galway, JFC Manufacturing overcame this potential handicap in their 2012 agri-food category winning entry by succinctly explaining that cows required a lying-down time of up to 14 hours a day, in periods of up to 80 minutes, to achieve optimum production but that this was not achieved with conventional designs.

The entry said every extra hour lying down translated into an extra litre of milk a day for the same feed input, with natural implications for profits.

The application outlined how the JFC design encouraged the cow to lie down for longer with room to move around when required.

Sometimes explaining complex concepts isn’t the problem, the challenge can lie in communicating how a simple solution is actually quite revolutionary. This was the issue which faced 2015 overall winner, PanelDuct.

The company had developed a novel and ingenious alternative to traditional ventilation ducting which saved time and cost along with other advantages. However, demonstrating just how much of an improvement this represented was no easy task.

The company overcame this difficulty by saying that traditional systems had not changed since the invention of modern ventilation systems and that a time-consuming and very costly three-stage installation process was required in most cases.

A simple explanation of how PanelDuct’s solution, comprising prefabricated and pre-insulated galvanised steel panels which are clipped together on-site to form the ducting systems, eliminates two-thirds of the process allowed the judging panel to see just how ingenious the invention was.

REDT’s application told how its innovative energy-storage technology could be used to make renewable energy sources such as wind and solar viable for a wide range of applications, Wattics showed how its smart meter could not only tell how much electricity was being used in a building but how much was being consumed by individual appliances and devices, while InTune networks outlined how its technology could offer a solution to poor internet connections.

Ultimately, what all of these award-winning entries had in common was an application form which communicated the advantages of the innovations in clear and simple language to the members of the judging panel. Without that, it is doubtful if any of them would have even made the final shortlist. The closing date for this year’s awards is next Monday, April 4th at 5pm. Further details at irishtimes.com/innovationawards

1 Stripe lures Dhivya Suryadevara from General Motors to be CFO
2 Revised help-to-buy scheme opens for applications
3 Revolut losses tripled before Covid-19, despite rise in users
4 ‘No demand... because there are no people’ at well-known Dublin pub
5 Divorce: What will it cost and can you afford it?
6 AIB concedes Covid-19 mortgage policy was ‘regrettable’
7 Nearly 30,000 could lose pandemic payment if they do not confirm eligibility
8 Transferring the family farm without a tax headache
9 CityJet exits examinership after High Court ruling
10 Management of Irish PR group Drury acquire agency from Omnicom
Real news has value SUBSCRIBE