Will daughter get CGT exemption for renting home in 2014? 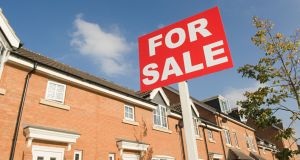 She rented another property from October 2013 and, in 2016, she bought a second property which is her family home. Is she entitled to the exemption of capital gains tax which came in 2012-2014 for investment property?

What capital gains tax is due? Or is she entitled to the exemption (2012 - 2014) as a result of changing her family home to a investment property. She has been paying tax on rental income since the house was rented in March 2014.

The Government did introduce a tax exemption around the time your daughter moved out of her first home and started renting it as an investment property, but she will not benefit from it.

This was at a time when the Government was trying to kickstart the property market after the financial crash of 2008.

To do so, they said they would grant an exemption from capital gains tax to anyone who bought a property and held on to it for seven years. That seven-year stipulation was later reduced to four years.

However, the key thing was that, to qualify, the property had to be bought between December 7th, 2011 and the end of 2014.

And while those dates cover the period when your daughter made her property available for housing to tenants, the fact remains that she had bought it years before. So, no, she does not qualify for that exemption.

Where does that leave her? She has now sold a house she bought in 2001. We’re not sure when in 2001 and that is relevant as Revenue is precise about these things but, for the sake of argument, let’s say it was February 2001.

You mention €30,000 spent on improvements. If they are deemed to add value to the property, they are classed as enhancement expenditure and added to that purchase price, so our €290,516 is now €320,516.

With a selling price of €426,000, that’s a gain of €106,516. You are also allowed deduct any professional costs buying and selling the home – auctioneer and legal fees, and stamp duty – from the gain but I’ll leave that to you.

At the current CGT tax rate of 33 per cent, her tax bill is €10,126 . . . or a little less once you deduct those allowable buying/selling expenses.

This column is a reader service and is not intended to replace professional advice. No personal correspondence will be entered into