US recession risk hasn’t gone away 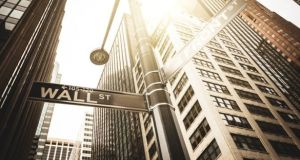 High-flying stock markets may be badly underestimating a risk that remains all too real, according to a new study. Photograph: iStock

US recession talk has all but vanished lately but high-flying stock markets may be badly underestimating a risk that remains all too real, according to a new study authored by State Street Associates and MIT.

The authors of the paper, A New Index of the Business Cycle, created an index based on four economic variables – industrial production, nonfarm payrolls, one-year stock returns and the slope of the yield curve. Since 1916, this index has been a reliable recession indicator, with high readings indicating an increased likelihood of an imminent downturn.

In November, the value was 76 per cent – that is, current economic conditions have historically been associated with recession 76 cent of the time, and with robust growth only 24 per cent of the time.

Most economists would disagree. A model by Bloomberg Economics estimates the odds of a recession within the next year to be 26 per cent.

Equity markets are even more relaxed; according to Pictet fund manager and bear Julien Bittel, US markets are pricing in a “ludicrous” 2 per cent chance of recession, indicating investors are very confident right now – too confident, if the State Street/MIT study is right.

1 If you think governments are spending money now, just wait
2 Remote working doesn’t suit everyone, and it exposes woolly leadership
3 British exceptionalism backfires in style as Johnson tests positive for coronavirus
4 Coronavirus: Construction sector most significant part of new shutdown
5 Dublin software company Workhuman ‘on course’ for €1bn valuation
6 Usit travel group in liquidation due to coronavirus crisis
7 ECB orders banks to freeze dividends and share buybacks
8 First look: Huawei’s P40 Pro – are you ready for a Google-free life?
9 Will Covid-19 force Primark to rethink decision not to sell online?
10 Inside the race to find drugs to treat Covid-19
Real news has value SUBSCRIBE
Save money on international transfers