Tax appeal reform joins exodus to ‘after the election’

Coexistence of new commissioners and old regime has been creating problems 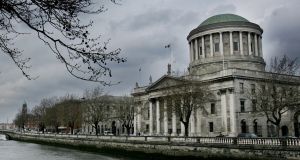 A number of cases have been left in a kind of limbo, in particular ones where the Revenue lost in front of the appeals commissioner and wants to proceed to the High Court to appeal. Photograph: Aidan Crawley

It seems as if everything that could possibly prove controversial has been put off until “after the election”. From the Siteserv investigation to the ruling on Apple’s tax, nothing is due to “break” over the next few weeks. Interesting that into this “delayed” pot now falls the new tax appeals system.

The idea was that two new tax appeals commissioners would start under new legislation on at the beginning of this month. But the new law required a commencement order, which has not yet been signed, with signals that this will not happen until, you’ve guessed it, “after the election”.

New tax appeals can continue with the new commissioners, albeit still operating under the old legislation.

This has left a significant number of cases in a kind of limbo, in particular ones where the Revenue lost in front of the appeals commissioner towards the end of last year and wants to proceed to the High Court to appeal.

As it is, none of the taxpayers involved will be troubled by this.

At last not until “ after the election”.

To be fair, the new system, when it is finally up and running, will be an improvement.

By the way, earlier plans to have all appeals held in public have been shelved – taxpayers can opt to have private hearings, and most surely will. Tax transparency, it seems, only goes so far.