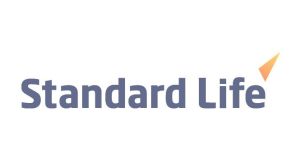 The average Irish shareholder had about 675 shares in Standard Life following its flotation and the subsequent issue of loyalty shares.

Thousands of Irish shareholders in Standard Life risk losing out on their investment .

The British life insurance business demutualised in 2006 in a move that made 2.4 million policyholders investors in the business.

The average Irish shareholder had around 675 shares in the business following its flotation and the subsequent issue of loyalty shares. At a flotation price of 230p sterling, that meant a “windfall” of about £1,550.

However, more than 300,000 people did not claim their shares and, despite efforts by Standard Life, around 60,000 have still not claimed. That figure includes around 3,400 people in Ireland, where the company currently has around 60,000 shareholders.

Now, the clock is ticking as Standard Life has announced that it is closing the “unclaimed assets trust” where these shares have resided for the past decade.

The trust is scheduled to close on July 9th and the company has warned those former policyholders who have not yet claimed the shares to which they are entitled that they could lose out altogether after that date.

The company says that the people losing out are most likely to be based in Dublin, Cork, Tipperary, Kerry and Galway, where the company was most active before its flotation.

People who fail to claim their shares are also missing out on gains the stock has made since its flotation – at least until Friday’s post-Brexit market crash when Standard Life shed over 20 per cent of its value.

Standard Life also organised a “return of value” to shareholders last year following the sale of its Canadian business at 73 pence a share – or roughly £492 for the average Irish shareholder.

At that time, the company also announced a share consolidation, issuing nine new shares for every 11 original shares held, an exercise that would have reduced the average Irish holding to around 552 shares.

“We’ve been working hard to trace those who have a valid claim and have tracked down the vast majority,” said Kenneth Gilmour, group company secretary.

“However, there are still some people eligible who have not claimed and our efforts are continuing. We would urge anyone who has been contacted by our registrars, Capita Asset Services, to respond before time runs out on July 9th.”

Those eligible would have bought a with profits policy from Standard Life before May 2004 and would have kept the policy open to May 2006 at least.

Anyone who thinks they may be entitled to shares in the company should contact Capita on 01-5360823, before July 9th. Capita will charge an administration fee of 15 per cent plus VAT. Alternatively, people can contact Standard Life shareholder services at 01-4319829.