Should the self-employed pay more for the dole? 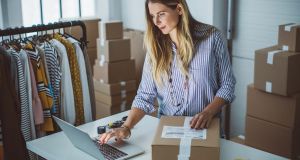 Should self-employed pay more in social insurance to access a broader range of benefits?

Last month the Government announced plans to widen the net of eligibility for those who need State support when their business dries up. From November, thousands of self-employed people across the country will be able to sign up for jobseeker’s benefit, at a rate of up to €203 a week, should their business fail. It’s a welcome development for those who would otherwise have had to satisfy a means test to get any sort of welfare payment when times get tough.

But, while offering broader welfare benefits to the self-employed will be welcomed by many, there is a question of whether or not they should pay more in social insurance to access a broader range of benefits.

The self-employed and welfare benefits

Ireland has a significant number of people who work on a self-employed basis. Recent figures from Eurostat show that 14 per cent of workers aged between 15 and 74 are self-employed in Ireland. This is on a par with European norms, but far behind countries like Greece (30 per cent), Italy (22 per cent) and Poland (17 per cent).

But up until recently, despite making PRSI contributions of 4 per cent a year, the self employed were largely on their own should their businesses run into trouble.

Changes over recent years however, have broadened the benefits they can now claim. This means that the self-employed are now entitled to the following benefits, at the same rates as those who are in the PAY system: widow’s, widower’s or surviving civil partner’s (contributory) pension; invalidity pension; guardian’s payment (contributory); state pension (contributory); maternity a paternity benefit a new parental leave scheme; adoptive benefit; treatment benefit (dental, optical a aural) with effect from March 2017; and jobseeker’s benefit.

However, despite the recent introduction of the dole, the big gap in welfare benefits for the self-employed remains short-term payments such as illness and disability payments, which can leave someone who works for themselves vulnerable should they find themselves unable to work.

Who pays for these benefits?

But traditionally, the reason why the self-employed didn’t get access to these benefits was because of their rate of contributions.

PAYE employees pay Class A PRSI, at a rate of 4 per cent, while the self-employed on the other hand make Class S contributions, which was only introduced back in 1988, at the same rate. However, employers also PRSI on their employees’ behalf – 8.7 per cent on weekly earnings up to €386, while the rate goes up to 10.95 per cent when earnings exceed this limit. This means that an employee in the PAYE sector has a combined PRSI contribution of up to 14.95 per cent - versus just 4 per cent for the self-employed.

So should they pay more?

Some say they should. Figures from the Irish Congress of Trade Unions for example, suggest that even before the introduction of jobseekers’ benefit, the self-employed had access to 80 per cent in value terms of contributory benefits, while contributing “a mere 27 per cent of the effective rate of social insurance paid in respect to PAYE workers”.

ICTU policy officer Laura Bambrick says that while broadening Jobseekers benefit to the self employed is to be “commended”, there will be a significant cost in doing so.

“Congress takes issue that this is being done without requiring the self-employed to make a higher social insurance contribution to insure themselves against unemployment,” says Dr Bambrick, arguing that the differential between the 4 per cent self-employed rate, and the combined 14.95 per cent for employees, is too great.

“Historically, the self-employed did not have access to the full range of social welfare payments which was the justification for their smaller PRSI contribution. But, this is no longer the case.”

There will undoubtedly be an increase in the burden on the Exchequer due to broadening the range of benefits available. The introduction of the invalidity pension for the self-employed, for example, is estimated to cost about €23 million a year, while extending Jobseekers’ benefit is expected to cost about €31 million a year, the Department of Employment Affairs and Social Protection says, although this will be dependent on take-up levels, while there will be some displacement from those would have previously sought out jobseekers’ allowance.

Carlow based chartered tax adviser Brendan Allen also suggests that there may be merit in charging the self-employed more for their benefits.

“It’s the self employed who are the risk takers, and recognition of that is good. But there will have to be some way of financing additional benefits,” he says.

He expects that there will have to be increased contributions, but that the Government might go about this through a voluntary scheme.

“So if you want to claim these (benefits), then you need to pay a higher rate,” he says.

John Barry, managing director of human resources company Management & Support Services, and a member of the national council of ISME, however, is against any move to increase contributions, arguing that the self-employed already pay enough.

“The reality is, I’m already paying [employers] PRSI for nine staff, my own PAYE, and corporation tax on profits if I don’t take them as wages,” he says.

And, he adds that if the PRSI rate was to jump to 10.75 per cent for example, it’ll be tax money from somewhere else that goes to pay it.

“All that will happen is that money that was going into profits or whatever, will be taken up in the PRSI contribution,” he says, adding, “We wouldn’t end up paying more, all we’d end up doing is moving it around from somewhere else”.

But another issue that needs to be considered when there are calls to increase the PRSI contribution of one particular cohort is how the overall regime works. And if you do that, you’ll find that the PRSI system is not a perfectly functioning machine; there are discrepancies and anomalies.

Consider those who pay PRSI – but get no benefits. After all, since January 1st 2014, people who are in receipt of so-called “unearned income” from rents, investments, dividends and interest on deposits and savings, must also pay PRSI at a rate of 4 per cent. The PRSI charge applies once a person becomes “chargeable” – i.e. they have unearned income of €5,000 or more a year.

So, for example, if you have interest on savings and rental income of €30,000 a year, then you’ll have to hand over €1,200 a year in PRSI. However, unlike other PRSI contributions, this PRSI charge is paid at Class K and does not entitle the person to any social insurance benefits.

Contrast this with the over-66s, who pay no PRSI at all but get all of the benefits of it.

This means that it could be argued that there are people out there who make no PRSI contribution, and yet get the same benefits, such as the State pension, as those who do pay it, be they self-employed or PAYE workers.

While it’s important to remember that while employees on lower incomes may pay no PRSI, their employers do. Yes, employers pay 8.7 per cent Class A employer PRSI on weekly earnings up to €386, while the rate goes up to 10.95 per cent when earnings exceed this limit.