Investors should be wary of expensive unicorns 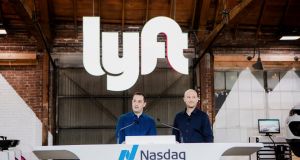 It looks like 2019 is shaping up to be the year of the unicorn. Ride-sharing company Uber recently made its stock market debut in what was the third-largest technology initial public offering (IPO) in US history. A raft of other unicorns – private companies with a valuation of $1 billion or more – are expected to follow.

Should investors be concerned by the eye-popping valuations increasingly afforded to companies that are actually losing money?

Globally, there are 333 unicorns with a total valuation in excess of $1 trillion, according to CBT Insights, which tracks the start-up industry. More than 100 of them could go public this year, UBS estimated in a recent report.

Uber’s US rival, Lyft, went public in April, as did teleconferencing firm Zoom and image-sharing website Pinterest, while Airbnb, shared workspace provider WeWork and messaging app Slack are among the many high-profile names expected to follow suit later this year.

“Public interest in IPOs hasn’t been this high since the dotcom era of the late 1990s,” says UBS.

The current flotation market resembles the dotcom era in another respect, in that today’s investors don’t appear worried about investing in money-losing companies. Although reportedly valued at $120 billion last year by private bankers, Uber has persistently lost money – $1.8 billion in 2018 alone, or $3.3 billion if one-off gains from the sale of unprofitable businesses are excluded – and cautioned in its own flotation prospectus that it might never become profitable.

So did Lyft, admitting it had “a history of net losses” and “may not be able to achieve or maintain profitability in the future”.

Valued at $26 billion in the immediate aftermath of its flotation before then plunging in value, Lyft has lost $2.3 billion over the last three years, with losses escalating each year. Pinterest is losing money, albeit on a much smaller scale, prompting the New York Times to recently quip it could make a claim few other unicorns could make, namely that it “is not a financial sinkhole”.

These are not isolated examples; 81 per cent of US companies that went public last year were losing money, equalling the previous high set during the dotcom bubble in 2000.

That may sound alarming, but there are important differences between today’s flotation market and the frenzied atmosphere that prevailed in 1999 and 2000. Firstly, biotechs accounted for 43 per cent of the flotations in 2018, notes Callum Thomas of Topdown Charts, compared with just 15 per cent at the dotcom peak (every single biotech that went public last year was unprofitable).

Secondly, today’s companies are much older and more mature. The average technology company going public today is 10 years old, notes UBS, compared with four and five years old in 1999 and 2000, respectively. Most of the larger unicorns, UBS adds, have annual revenues in excess of $1 billion.

Fourthly, the average first-day returns for flotations this year is 14.7 per cent, according to UBS. That’s actually slightly below the long-term average and nowhere near the crazed days of 1999, when the average stock sported first-day gains of 71.5 per cent.

There are other differences. For all the hype about unicorns such as Uber finally going public, the reality is most are happy to remain private. Private investors poured $130.9 billion into technology and biotech firms last year, according to private investment bank Scenic Investment, more than twice as much as the $50.3 billion raised in public markets. Private funding has outpaced public funding in each of the last 10 years, it adds, and the same trend is evident in 2019.

Finally, data from flotation expert Prof Jay Ritter shows the percentage of money-losing companies going public soared higher in 1999 as dotcom mania reached fever pitch. In contrast, readings over the last five years (71, 70, 68, 76 and 81 per cent) have been stable, reflecting a gradual increase in risk appetite.

Investors’ increased willingness to back unprofitable companies in 2019 is merely part of a long-term trend. Ritter’s data shows the percentage of flotations with negative earnings was just 19 per cent in the 1980s, 32 per cent between 1990 and 1998, but 57 per cent over the last 18 years.

Overall, it’s hard to disagree with UBS when it says investor sentiment today “appears positive, but cautious and far from the euphoria that helped enable the dotcom bubble”.

Certainly, investors tend not to get rich by buying into IPOs, says UBS. The average stock has historically gained 18 per cent in its first day of trading, but those gains are driven by demand before the stock opens for trading. As a result, those who buy at the market open usually bag minimal returns at best. Over the next six-month and three-year periods, returns tend to be in line and below risk-adjusted market returns, says UBS.

In a perfectly efficient market, a portfolio of flotation stocks shouldn’t consistently underperform. In fact, you could argue IPOs should outperform, to compensate investors for the extra risk involved in companies about whom less is known and whose future is uncertain. And yet, decades of data shows they do underperform. Why?

Research shows ordinary investors have a lottery mentality when it comes to individual stocks and will overpay for the small chance of a big gain – think Amazon, Google or Facebook, all stocks that delivered big rewards for early investors. Such runaway successes are rare, but the mere possibility of bagging the “next Amazon” can be enough to tempt flotation investors.

The odds of doing so are arguably lower than ever, however. The ability to access liquid private markets means companies are staying private for longer and are often established, highly-valued companies by the time they do go public.

One person not prepared to make such a bet is Warren Buffett, who recently told CNBC he had not invested in an flotation since Ford went public way back in 1955.

“You can go around making dumb bets and win,” Buffett said, but “it’s not something you want to take as a lifetime policy.” Buffett has previously argued it is incredibly improbable that out of the thousands of stocks for sale on a given day, the best-priced one is the stock being sold by knowledgeable company insiders to less-knowledgeable investors.

That doesn’t mean investors should automatically steer clear of the unicorns going public in 2019 – you can always wait. For example, Facebook and Alibaba shares have soared since going public in 2012 and 2014 respectively, but the early days were difficult ones, with both stocks sinking well below their flotation prices.

When it comes to flotations – particularly the expensive and unprofitable ones – patience is a virtue and only fools rush in.